Section of Assiniboine Forest closed due to ‘dangerous’ coyote activity

WINNIPEG -- A section of the Assiniboine Forest has closed due to dangerous coyote activity, according to the City of Winnipeg.

The closure was announced Tuesday afternoon, and will remain in effect indefinitely.

The forest is closed between Corydon and Grant Avenues from Chalfont Road to the west border of the Tuxedo Golf Club.

Signs are visible in areas of the forest warning people about the closures, which come following several reports of coyotes exhibiting predatory and stalking behaviours. 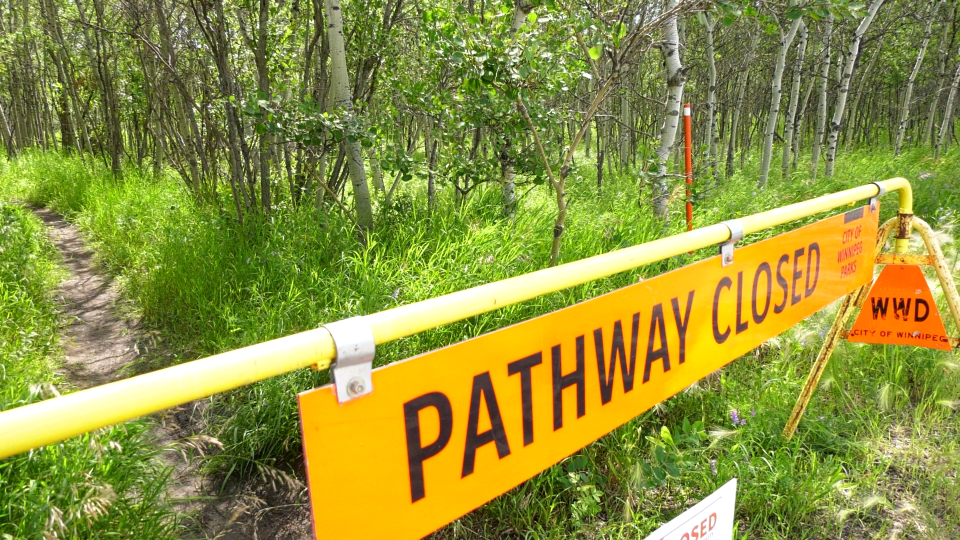 The city said they have received three reports in the past week from hikers, saying they encountered coyotes “that appeared not to fear humans, were not scared off by normal means, and stalked hikers and displayed other uncharacteristic behaviours.”

A spokesperson with the province said Manitoba Conservation officers have responded to the reports, but no coyotes were found.

“The province is aware of reports of aggressive coyote behaviour and is supportive of posting signage informing the public there could be aggressive wildlife in the area,” the spokesperson said. “Manitoba has not asked or ordered the city to take other action such as closing the park, but does support this decision and efforts to raise awareness that aggressive coyote behaviour has been reported in the Assiniboine Forest.”

The province said coyotes are generally more afraid of humans, but can be aggressive in some situations, especially if they are protecting their young. The province adds pets should be kept on a leash, as dogs running loose can provoke coyotes, who may perceive the dog as a threat to either themselves or their young.