Dancing Gabe heading to Grey Cup with the Bombers 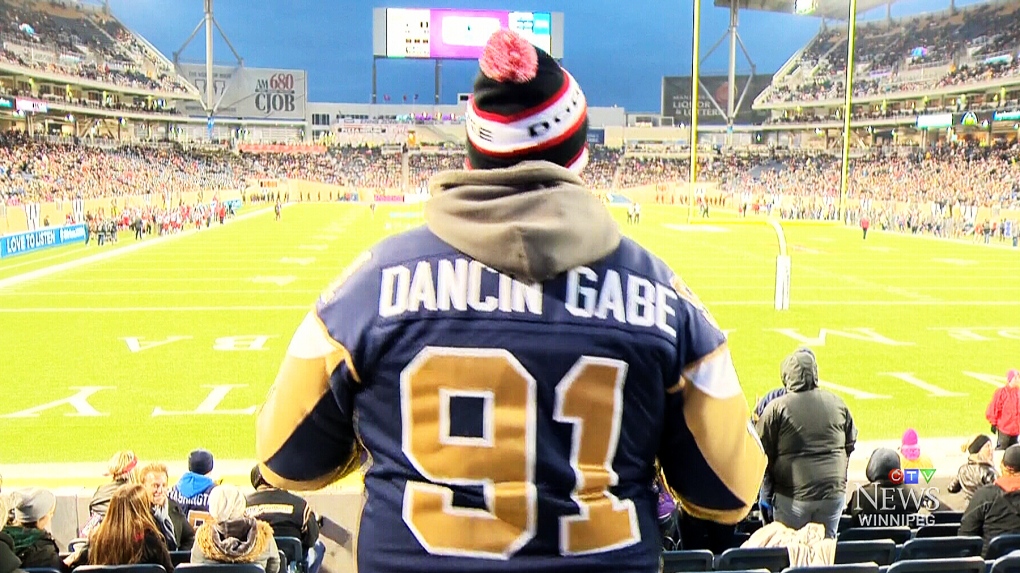 Langlois favours jerseys with the number 91 on it (file image).

WINNIPEG -- A local legend at Winnipeg sporting events is taking his moves to Calgary this weekend for the 107th Grey Cup.

On game day, he’ll be handing out high fives to players on the team as they take the field.

Langlois, who is well known in Winnipeg for bringing high fives, dance moves and support to sporting events, has previously told CTV News he got his start at a Bombers game in June of 1984, against defending Grey Cup Champs.

He always wears team colours, favouring jerseys with the number 91 on it -- the year he was given his first personalized jersey from a team, the NHL Jets 1.0.

-With a file from CTV’s Alesia Fieldberg