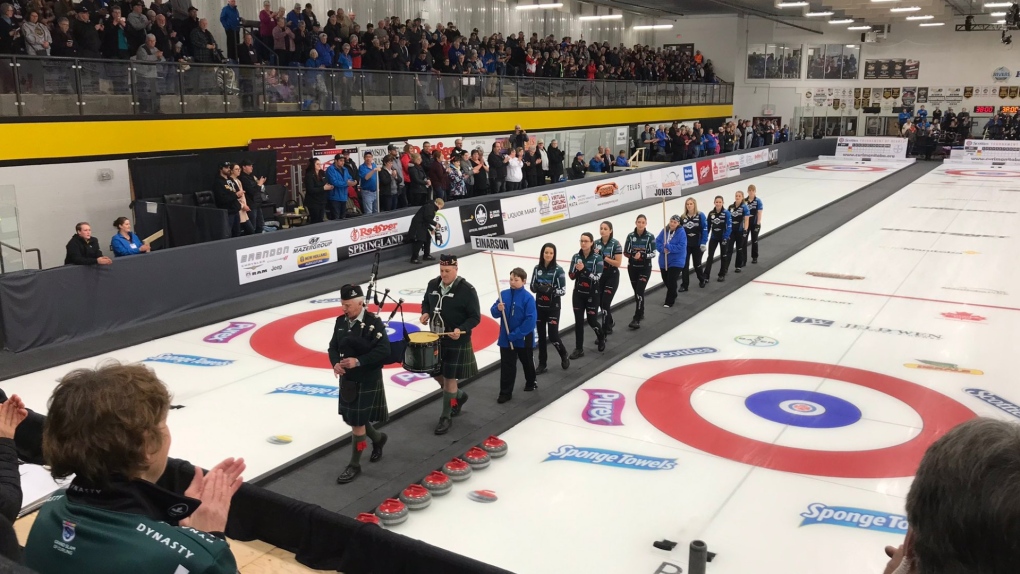 WINNIPEG -- The women's field for the Tournament of Hearts filled in Sunday.

Einarson drew the button with her final shot of the 10th behind multiple Jones counters. Jones couldn't get to shot stone and gave up the steal of one.

Jones will get another chance to play in the Scotties Tournament of Hearts in a wild-card game on the eve of the main draw.

Two wild-card teams -- the top two non-qualified teams in the Canadian Team Rankings System (CTRS) -- meet Feb. 14 in a play-in game with the winner gaining entry into the main draw the following day.

Manitoba's Tracy Fleury, Einarson and Jones ranked first to third respectively heading into their provincial championship, so the wild-play will feature Jones and Fleury.

This report by The Canadian Press was first published Feb. 2, 2020.