'Figures of concern': COVID-19 variants putting Manitobans under 50 in the hospital 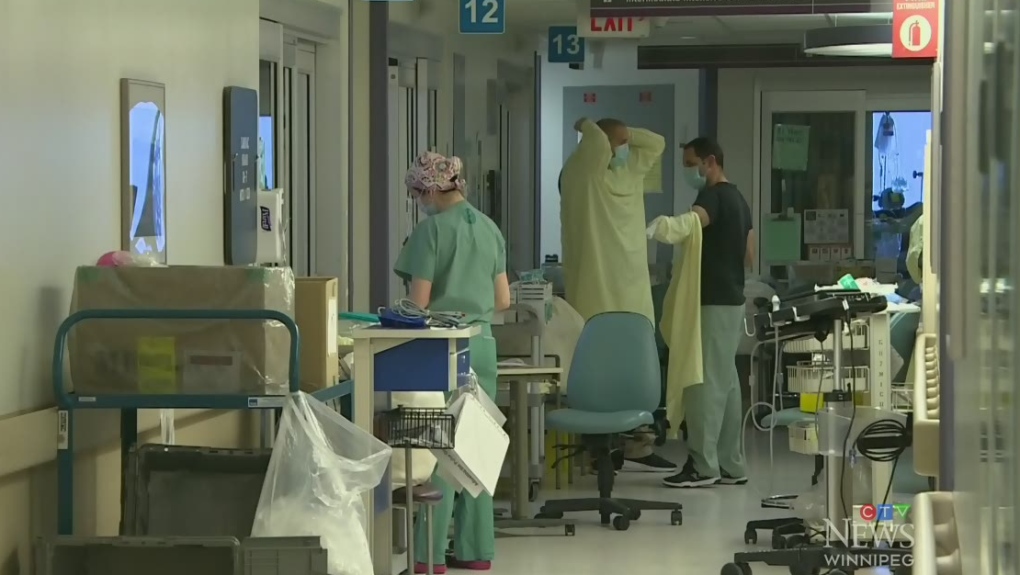 WINNIPEG -- The Manitoba government confirmed that, as of Wednesday morning, 16 people with variants of concern have been hospitalized in Manitoba, and some of them are under the age of 50.

On Thursday morning, a provincial spokesperson told CTV News Winnipeg there are currently 11 cases in the hospital with variants of concern, and fewer than five of these cases are in the ICU.

All the hospitalized variant of concern cases are in Winnipeg and they are all related to the B.1.1.7 variant.

"Those are figures of concern," said Kevin Coombs, virology expert and professor of medical microbiology at the University of Manitoba.

Coombs points to four possible factors leading to an increase in COVID-19 hospitalizations among younger people.

One is an overactive immune response, known as a 'cytokine storm,' that can occur when an individual, usually between the ages of 20 and 50, is exposed to the virus.

The other factors include vaccinations among older people providing protection against the virus, mutations making COVID-19 variants more contagious or deadly, and simple fatigue when it comes to following COVID-19 health precautions.

"Any of those four, or any combination of those four variables, is what's contributing to us seeing so much more infection that's serious in the younger people as opposed to what was happening four or five months ago," said Coombs.

Other provinces are currently grappling with COVID-19 variants putting younger people in hospital.

In Ontario, the province's COVID-19 Science Advisory table recently reported that the proportion of hospitalizations for patients under 60 was 50 per cent higher at the end of March compared to December 2020.

Similar trends are also being seen in British Columbia and Saskatchewan.

Winnipeg-based epidemiologist Cynthia Carr said that, given the ongoing trend in other provinces, Manitoba should expect the same. While available data isn't exhaustive, younger Manitobans already seem to be at a higher risk of hospitalization due to COVID-19 variants.

"That's a very different scenario in terms of a change of the impact of the variants of concern on the health of younger people," said Carr.

With a holiday long weekend looming, Carr says she is also concerned about community spread and is asking Manitobans to keep masks on when interacting with others, both inside and outside.

"Being outdoors is not enough to allow you to let your guard down and remove those other layers of protection that are very important," said Carr.

As of Friday, 270 variant cases have been identified in Manitoba.