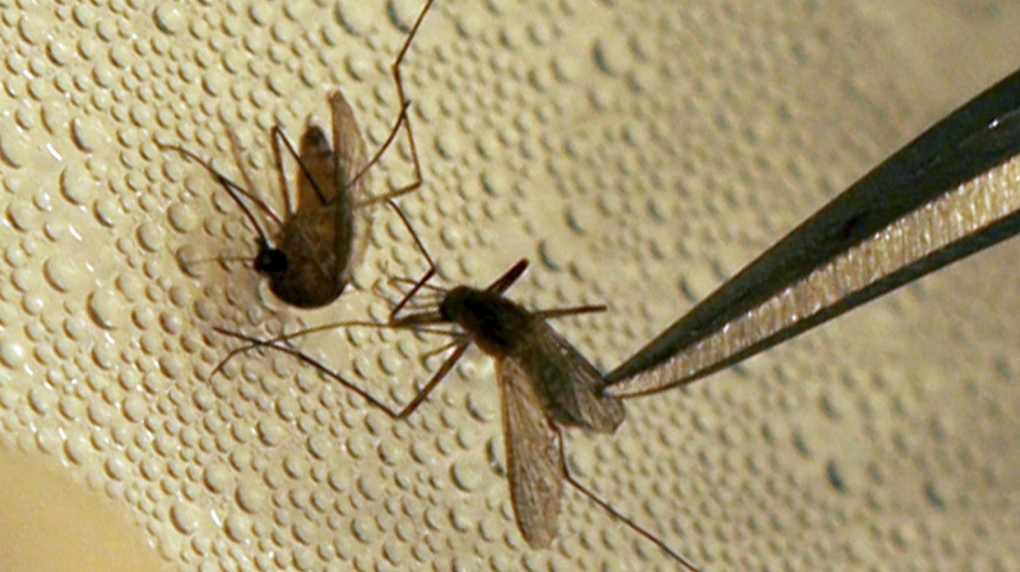 Manitoba’s first human case of West Nile Virus this year has been found.

A man in his 40s within the Southern Health – Santé Sud region tested positive for the virus. He was hospitalized after experiencing neurological symptoms.

Manitoba Health said they believe the man was infected in the week of July 17. That’s the same week the provincial department’s surveillance program detected the first mosquitos infected with West Nile Virus in traps in traps placed in Altona, West St. Paul and Winkler.

The province says this is a high-risk period for the virus in Manitoba, although the current risk of human exposure is “moderate.”

The mosquito that most commonly carries the virus, the Culex tarsalis, experienced a drop in numbers during recent cooler weather last weekend.

To reduce your risk of exposure, spend less time outside during peak mosquito hours, wear repellent, light-coloured, loose-fitting clothes, and make sure screens on doors and windows don’t have holes in them.

Also, the province advises people to eliminate standing water on their properties to reduce breeding grounds for mosquitos.

For updates on any additional human cases of West Nile Virus, go to the province’s website.