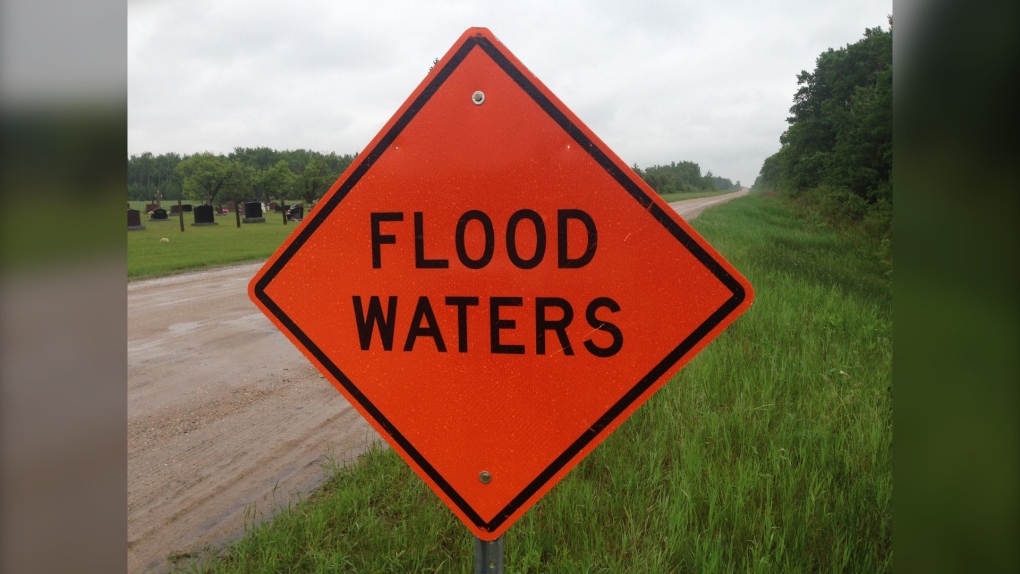 A sign warning motorists of flood waters is pictured on a road near near Vita, Manitoba in June 2020 (CTV News Photo Scott Andersson)

WINNIPEG -- The Manitoba government said lower than normal precipitation this past winter means a lower risk for flooding in the province is most likely.

“Satellite images and model simulations show most of the snow in southern and central basins have already melted,” Schuler said, adding the current prediction is for “near-normal” precipitation for April, May and June.

“The risk for major spring flooding is low for this season in Manitoba,” Schuler said.

Even though the province is dryer than normal, Schuler said there are currently no drought impacts.

"Our government is closely monitoring conditions and increasing its drought readiness."

He said droughts are hard to predict because a late snow storm or rainfall can change conditions.

Schuler added so far things are looking okay for farmers even though predictions show a dry summer.

He added the forecast in Canada and the United States predict a normal amount of precipitation, noting that crops don't need an excessive amount of water, but they do need some.