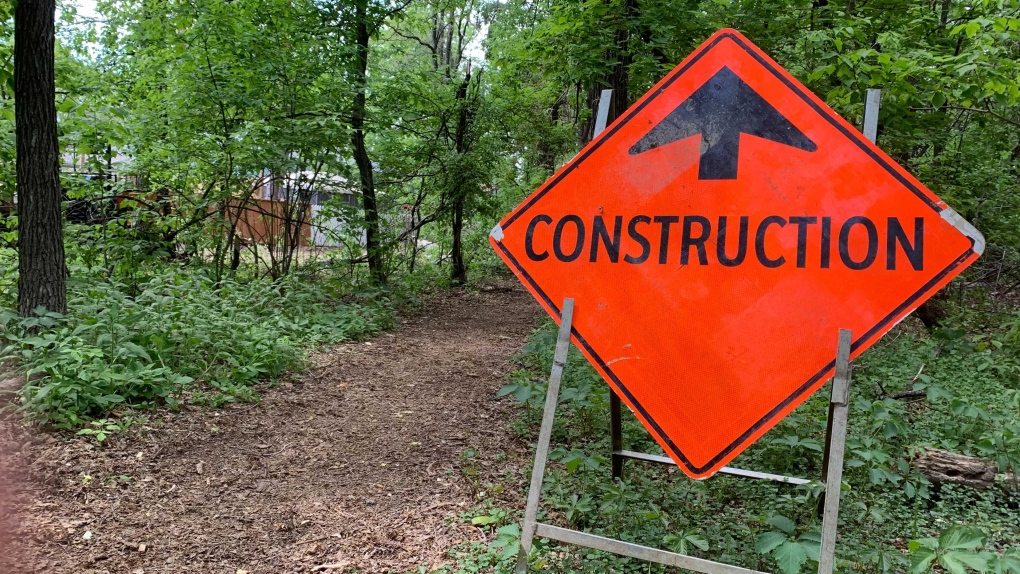 WINNIPEG -- Tree cutting being done by Manitoba Hydro in the East Fort Garry area has been put on pause.

Crews were originally in the area to clear trees near power lines, but Hydro received backlash from nearby homeowners and the area city councillor for a lack of consultation about the work.

READ MORE: 'This is affecting an ecosystem': Winnipeggers concerned over Hydro clear cutting

Now that the hawk's nest has been found, Hydro said the work will be put on pause until the fall.

"Before vegetation management in Sandra Crowson Park resumes, we'll bring back the third-party avian specialist to do another sweep before commencing activities," A Hydro spokesperson said in an email to CTV News.

The spokesperson also clarified the work that is being done, saying the trees that are being removed are "fast growing self-seeding trees" and old growth oak and ash are not being touched.

The spokesperson added trees are only being removed if it is absolutely necessary and otherwise crews are pruning them back.

"Proper vegetation management ensures we can access our infrastructure when needed to make repairs and get power back to our customers quickly."

Hydro said trees contacting power lines is one of the leading causes of power outages.

"In this particular area, there has been a lot of burning contact, which poses both a fire and outage hazard to customers and others in the area."

The poles in the park are being replaced later in the year and Hydro said it needs to "ensure proper access around poles to perform that work."

"Our contracted arborists will only remove what is required for public safety, reliability of service, and access to minimize impact to wildlife and old-growth trees in the park."

A petition has been started by community members who are against the cutting in the park and the organizers said in the petition a lawyer has been contacted to help with next steps.