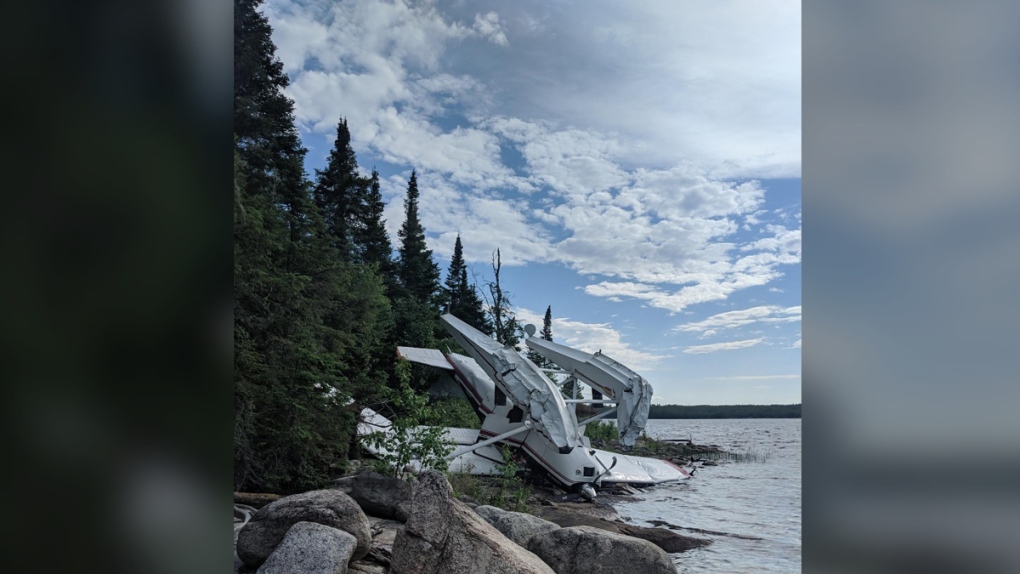 Supplied photo of the float plane crash on on Fedirchyk Lake.

RCMP officers were able to rescue a pilot who was in a float plane crash in under an hour on Thursday by taking a helicopter that was being used nearby to help with forest fires.

Around 5 p.m. RCMP received a report of a crash and an injured pilot on Fedirchyk Lake, located 12 kilometres southwest of Little Grand Rapids, Man.

According to the report, the plane collided with rocks as it was taking off from the lake.

At 5:30 p.m., police and paramedics took a helicopter to the lake and found the pilot by 5:45 p.m. The pilot was conscious and taken to hospital with non-life threatening injuries. No one else was on board the float plane at the time of the crash, RCMP said.

"It was fortunate that a helicopter was at the Little Grand Rapids airport assisting Manitoba Sustainable Development with local forest fires," said Sgt. Glen Binda, detachment commander of Little Grand Rapids, in a news release.

"Their help was essential in the rescue due to the remote location of the lake, working collaboratively with Manitoba Sustainable Development was critical for a successful outcome."

The RCMP and Transportation Safety Board are investigating.