WINNIPEG -- It’s been 12 years since a Canadian woman has reached the Allround podium at the ISU World Junior Speed Skating Championships -- but that all changed this week.

These were her best results in her three career world junior championships.

“It’s a huge honour just to be on the podium in the Allround. It’s a big deal,” said Scott when she landed in Winnipeg Tuesday night.

“It was definitely my goal.” 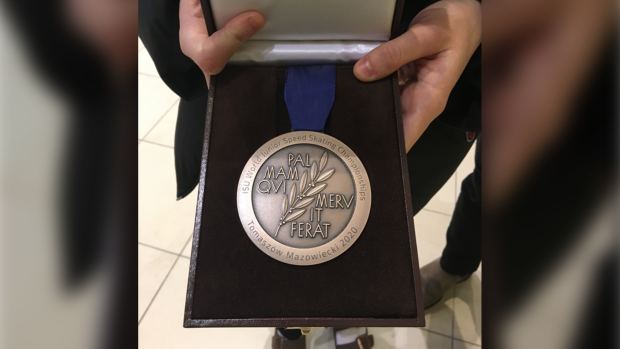 Scott was accompanied at the airport by her coach Tyler Derraugh, who has been working with her for more than four years.

“This is a goal we’ve had in mind throughout her entire skating career and building up to this year after year, and moving up the ranks,” said Derraugh. “When she made that bronze overall in the Allround, it was a very special moment. We were really happy.”

“It was a big accomplishment. She’d won last year, so to go back to back is not easy two years in a row being the Canadian champ, so that was pretty special.”

Scott is only the fourth female Manitoban to place overall at this event, and only the fifth in Canada. The Manitoba Speed Skating Association said she joins Manitoba’s Sylvia Burka ('73), Liz Appleby ('76), and Shannon Rempel ('03, '04), as well as Quebec’s Justine L'Heureux ('08) in this elite club.