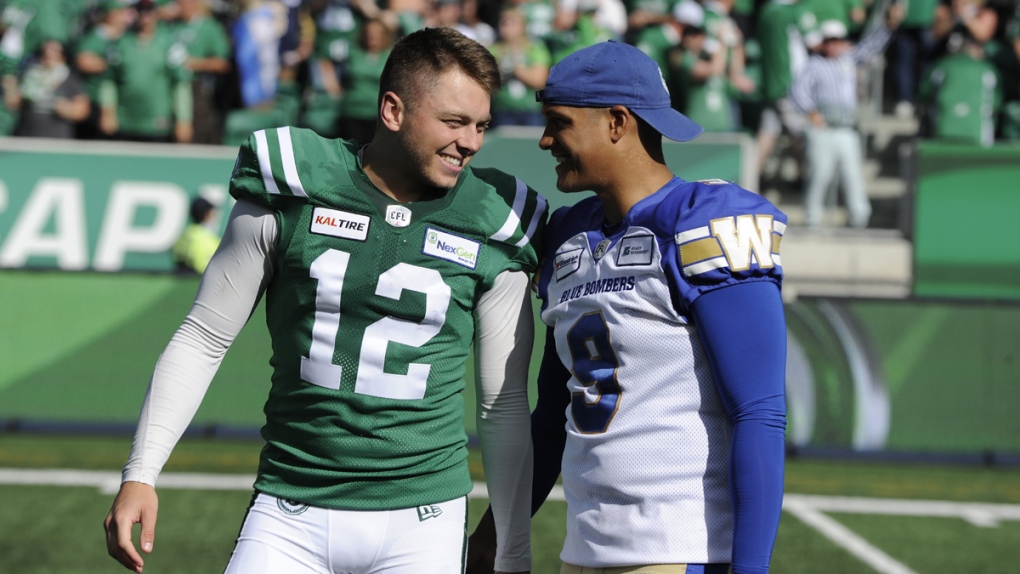 Lauther kicked three field goals in a game dominated by both defences.

Chris Streveler's one-yard touchdown run with less than four minutes to go gave the Bombers a brief 17-16 lead. Winnipeg's offence had been shut out in the second half until Streveler's score, a play that capped an 11-play, 63-yard drive.

But Cody Fajardo, William Powell and the Saskatchewan offence responded with a lengthy drive to set up Lauther's heroics.

Powell rushed for 39 yards on the drive and finished with 59 yards on eight carries.

The Riders have won six straight games and improve to 7-3 and are now two points behind the Bombers (8-3) for first place in the CFL's West Division.

Saskatchewan travels to Winnipeg on Saturday looking to sweep the home-and-home series and a share of first place.

Fajardo connected with a wide-open Shaq Evans in the end zone to push the Saskatchewan lead to 10-0.

Fajardo passed for 300 yards on the day. Naaman Roosevelt had a team-high eight catches for 93 yards.

Winnipeg's offence found traction early in the second quarter. Johnny Augustine raced 55 yards to the Saskatchewan nine-yard line. One play later, Streveler found Kenny Lawler in the back of the end zone for the first Winnipeg score to make it 10-7.

The Riders enjoyed a 16-10 lead at halftime.

Andrew Harris, the CFL's leading rusher, did not play for the Bombers. He served the first game of his two-game suspension for violating the league's substance abuse policy.

Saskatchewan's Charleston Hughes had two sacks and tied Stewart Hill for eighth all-time in the CFL with 126 sacks.