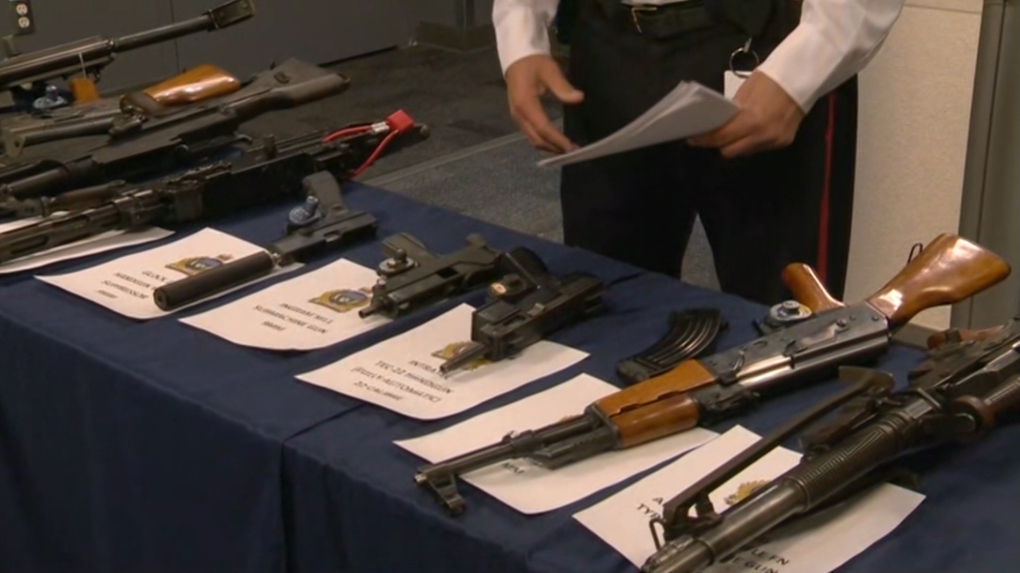 More than a dozen of the seized firearms were laid out at a news conference Wednesday.

WINNIPEG -- Winnipeg police said the discovery of a banned gun silencer being sent from China to Winnipeg sparked an investigation that led officers to dozens of firearms and a cache of ammunition.

The guns, seized from a home on a residential street in Windsor Park, include machine guns, submachine guns, rifles and handguns, with silencers and weapons of war.

“These are definitely not common to be used from day-to-day criminal operations,” said Insp. Max Waddell, Winnipeg Police Service.

Police said the Canada Border Services Agency intercepted the silencer that was sent from China in July of 2019 and informed the unit of the Winnipeg Police Service tasked with firearms investigations.

Then on Oct. 16, officers with that unit worked with tactical support officers to carry out two search warrants at the home in the first 100 block of Almond Bay, where the weapons were found. A man was arrested at the scene.

Waddell said a seizure of this magnitude is rare.

“I would suggest to you that it’s not a common practice in the city of Winnipeg for any one individual to be in possession with not only this amount of firearms, but the capability,” he said. 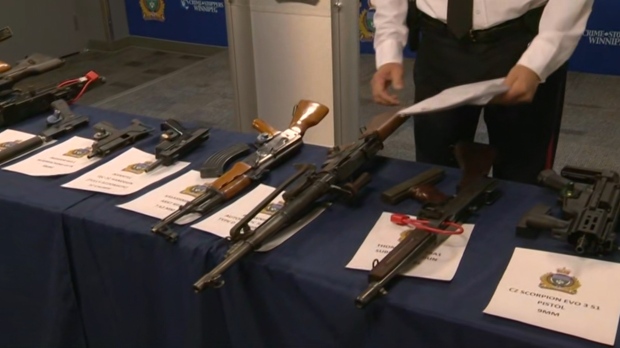 Waddell shared specifics of more than a dozen of the weapons, including:

Waddell said without a licence, body armour is illegal, and so are gun silencers.

“There’s no real reason I can think of why anyone would need to have a suppressor in a firearm, especially here, locally,” he said. 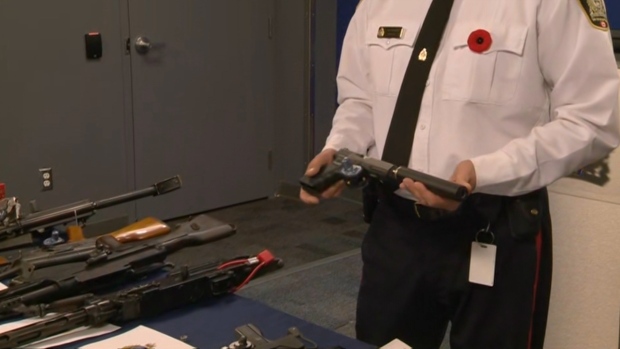 Purpose of guns under investigation

Waddell said the investigation is continuing and there are a number of unknowns, including what the purpose of the collection, if any, may be and whether the guns had been used in any crimes.

“We will be doing ballistics testing, we’ll be doing firearms testing, and then we will start to work backwards now, with piecing that puzzle together,” he said.

He also said some of the guns in the collection were unrestricted and some had previously been licensed, but the licences had lapsed.

Winnipeg resident Andrew Michael Krywonizka, 41, has been charged with a list of weapons offences, none of which have been tested in court.