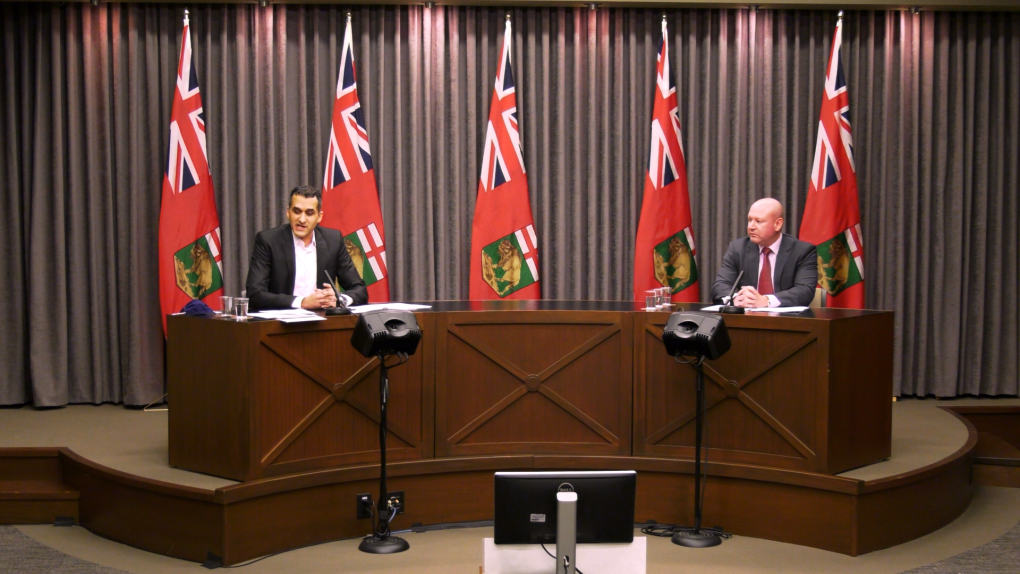 This pushes the death toll to 523 since the start of the pandemic.

Dr. Brent Roussin, the chief provincial public health officer, said of the new deaths, 10 are from the Winnipeg area.

The other deaths include two from the Interlake-Eastern Health Region; a woman in her 40s from the Kin Place outbreak and a man in his 50s.

The last death happened in the Southern Health Region and is a man in his 80s not linked to an outbreak.

Officials did note one case was removed due to a data error.

The five-day test positivity rate is 13.6 per cent in Manitoba and 13.7 per cent in Winnipeg.

There are 328 people in hospital with COVID-19, 46 of which are in intensive care.

When it comes to testing in the province, Roussin said the turnaround times have improved quite a bit in labs compared to earlier in the year.

He noted back in October the median turnaround time was 65 hours for 2,600 tests.

"At this time, most Manitobans (are) receiving their test results within 48 hours of when the sample was taken with many results being available in 27 hours or even less."

Roussin thanked all the work people at testing sites and lab technicians are putting in to make the turnaround time as quick as possible.

He also continued to encourage Manitobans to get tested, even if they have mild symptoms.