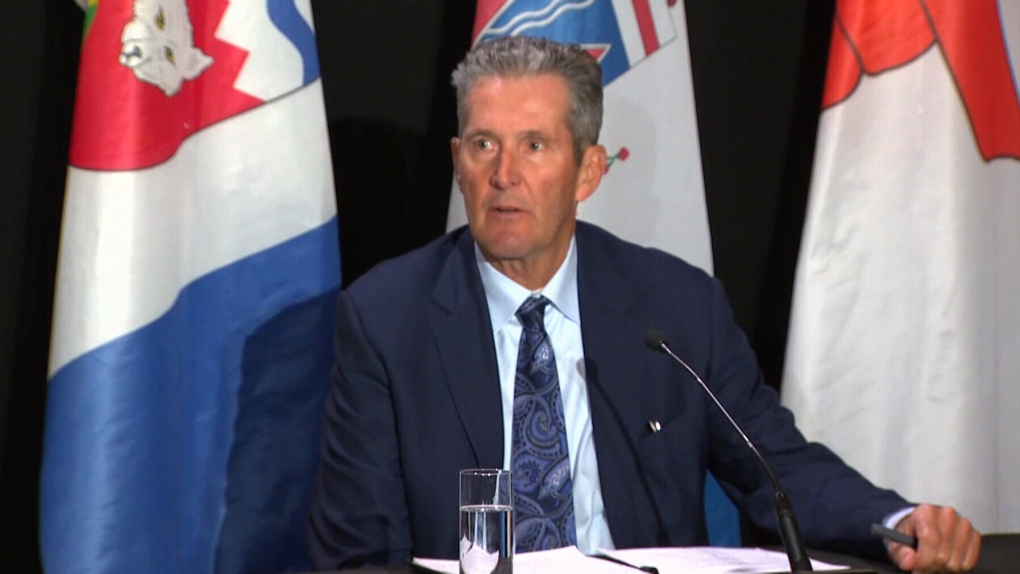 WINNIPEG -- Manitoba Premier Brian Pallister spoke with Prime Minister Justin Trudeau Monday, as part of a provincial push to get the federal government to commit to more health dollars in Wednesday’s throne speech.

Pallister is in Ottawa where he and three other conservative premiers are demanding the federal government hand over an additional $28 billion each year for health care.

“We can’t go on like this,” Pallister told reporters during a teleconference after his discussion with Trudeau.

The Liberal government has given the provinces $19 billion to respond to COVID-19, but the premiers of Manitoba, Ontario, Alberta, and Quebec want to see transfer payments go up.

“We have the highest demand we’ve ever had for healthcare services with the lowest support from the federal government in the history of the Canada Health Act and that adds up,” said Pallister.

The Manitoba premier said the most pressing challenges are cutting wait times and making changes to federal sick leave provisions during the pandemic.

“The sooner people can know they’re not going to suffer financially when they’re isolating to protect themselves or their family members the better,” said Pallister.

‘A CHOKEPOINT WITH THIS PROVINCIAL GOVERNMENT’

On Monday, the NDP accused Pallister of demanding more federal money, while at the same time capping spending on frontline care.

“I would love it if the federal government would transfer more money so we could have improved healthcare here in the province, but the problem is we have a chokepoint with this provincial government,” said opposition leader Wab Kinew at the Manitoba Legislature Monday.

The NDP released documents showing the province ordered “Manitoba health system expenditures… be contained within 3.1 per cent” for Southern Health.

In a statement to CTV News, a provincial spokesperson said the annual budget for the health department has increased every year under the Pallister government.

“Because of our fiscal management, Manitoba has been able to keep spending growth in check while delivering better results on the front lines of our health care system,” said the spokesperson.