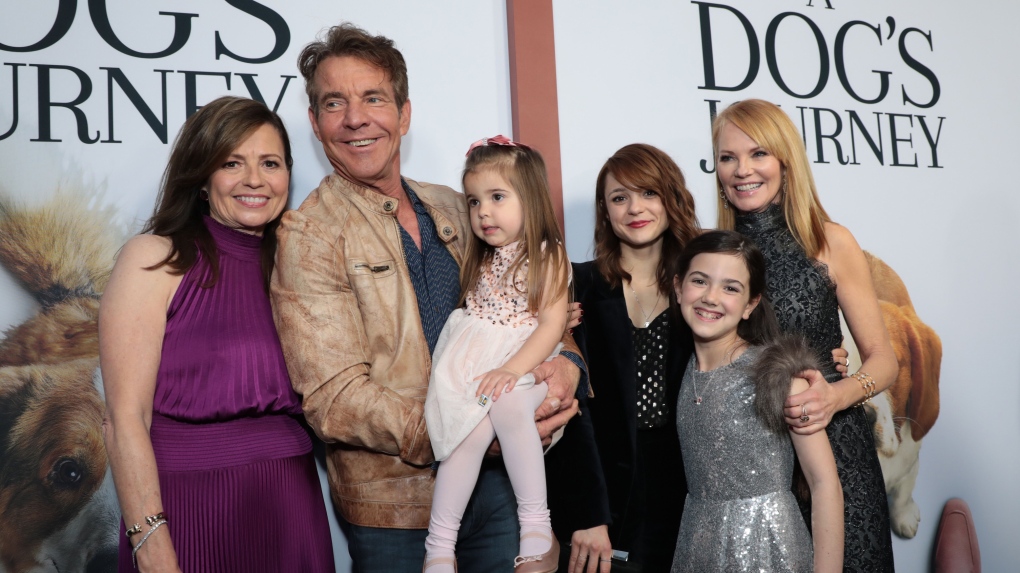 A three-year-old Selkirk, Man., girl is set to make her big screen debut on Friday in the new movie ‘A Dog’s Journey.’

On May 9, Emma Volk posed for pictures at the film’s premier with Dennis Quaid, Marg Helgenberger and Kathryn Prescott, who starred alongside her in the comedy-drama.

Jill Volk, Emma’s mom, told CTV News earlier this month that her daughter had a great experience on the movie set, because the toddler is a big dog lover.

“That also fit right with her personality. She just loves dogs. She’ll see dogs randomly down the street, she’ll want to pet the dog, walk the dog, feed the dog, so she just loved that,” Jill said.

- With files from CTV’s Jason Gaidola