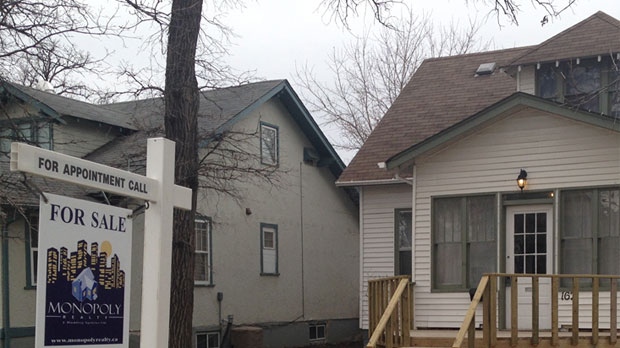 New research finds average home prices in Manitoba are 12 per cent more expensive than what is considered affordable for younger Canadians.

The study, which was released by Generation Squeeze on Wednesday, shows Manitobans between 25 and 34 straddle a gap between housing prices and current average earnings for this age group.

The data shows that average home prices would have to fall roughly $34,000, or 12 per cent of the current value, for someone between 25 and 34 to be able to afford an 80 per cent mortgage at the current interest rates.

Alternatively, the typical full-time income for a person in this age group would have to grow by $6,500 per year, or 13 per cent.

The researchers believe this is achievable based on earnings trends over the last 10 years.

The authors of the report are calling on all political parties to commit to expanding Canada’s National Housing Strategy in their platforms.

Generation Squeeze said the current strategy is largely a social housing plan, and is designed to support about 530,000 of the most vulnerable Canadians.

However, the researchers said around 1.2 million more across the country are believed to be in core housing need many of whom earn decent incomes but remain priced out of the market.

“A second phase of the National Housing Strategy must be launched to ensure all Canadians can afford a good home — whether renting or owning — by addressing failures in the broader housing market,” said Dr. Paul Kershaw, the lead author of the report.

The study also found it now takes a typical young person eight years to save a 20 per cent down payment on an average priced home in Manitoba, which is 4 years more than people who bought homes in 1976.

Generation Squeeze said the housing affordability gap is ever greater in B.C. and Ontario, particularly in Vancouver and Toronto.

Generation Squeeze is a national research, education, and advocacy organization for Canadians in their 20s, 30s and 40s.