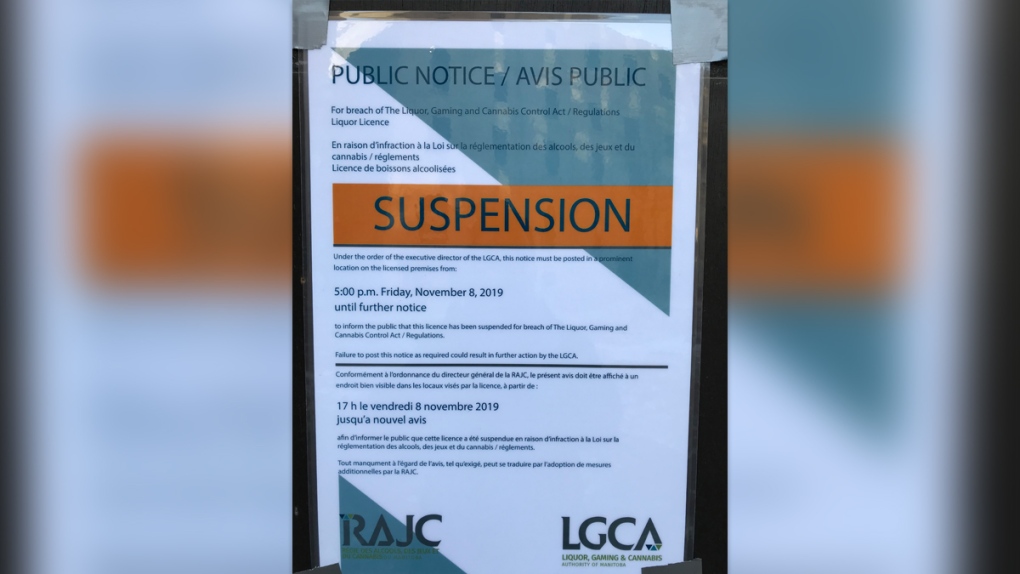 A notice up at Citizen. (Jon Hendricks/CTV News.)

WINNIPEG -- An Exchange District nightclub that was the scene of a deadly shooting in early November has had its liquor licence suspended.

A public notice has gone up outside Citizen, on Bannatyne and Princess, saying the licence was suspected for a breach of The Liquor, Gaming and Cannabis Control Act.

A spokesperson for the the Liquor, Gaming and Cannabis Authority of Manitoba told CTV News they won’t comment on the suspension, due to the ongoing police investigation.

It also said the suspension was put in place Nov. 8 and will be in place until further notice.

Jamshaid Wahabi, 23, died after being shot at the nightclub Nov. 2. Another man was also shot in the lower body, who survived.