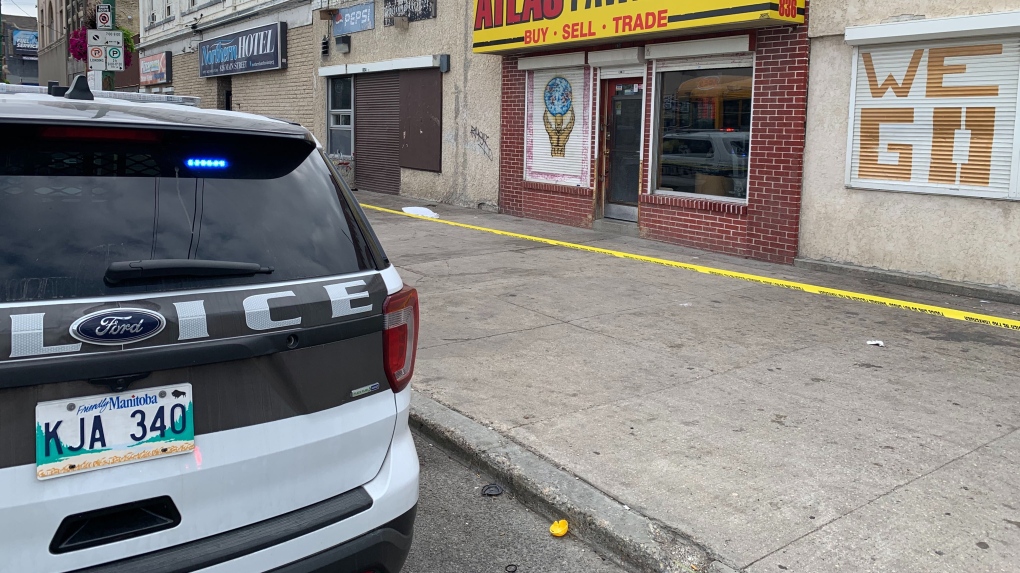 WINNIPEG -- Winnipeg police have arrested a man in connection with a stabbing in the 800 block of Main Street Friday afternoon.

On Aug. 7, around 2:07 p.m., officers responded to a call in the area that a man was seen assaulting another man.

When officers arrived they found a 28-year-old man who was suffering from "serious stab wound injuries."

The man was taken to hospital in critical condition and was later upgraded to stable condition.

Later that day around 5:51 p.m., police arrested a suspect in the area of Dufferin Avenue and King Street. Police said a knife and a small amount of methamphetamine were seized.

As the investigation continued, police allege the victim was aggressively and erratically confronting people in the area when he was stabbed.

Abdiazia Ahmed Saeed, 39, from Winnipeg has been charged with aggravated assault, possessing a weapon, carrying a concealed weapon, prohibited device, or ammunition, and possessing a scheduled substance – methamphetamine.

Police said he was detained in custody. The charges against him have not been proven in court.

Police are looking for more information regarding two different assaults that happened on Sunday and early Monday morning.

The first incident happened on Aug. 9 around 6:06 p.m., when officers were called to the 500 block of Waterfront Drive after reports that a man had been stabbed.

Officers found a 37-year-old man and he was taken to hospital in unstable condition. He was later upgraded to stable.

The second incident happened on Aug. 10, at 2:52 a.m. Winnipeg police were called to the Health Sciences Centre after getting a report that a 23-year-old woman walked into the hospital with numerous stab wounds.

Police said she remains in hospital in stable condition.