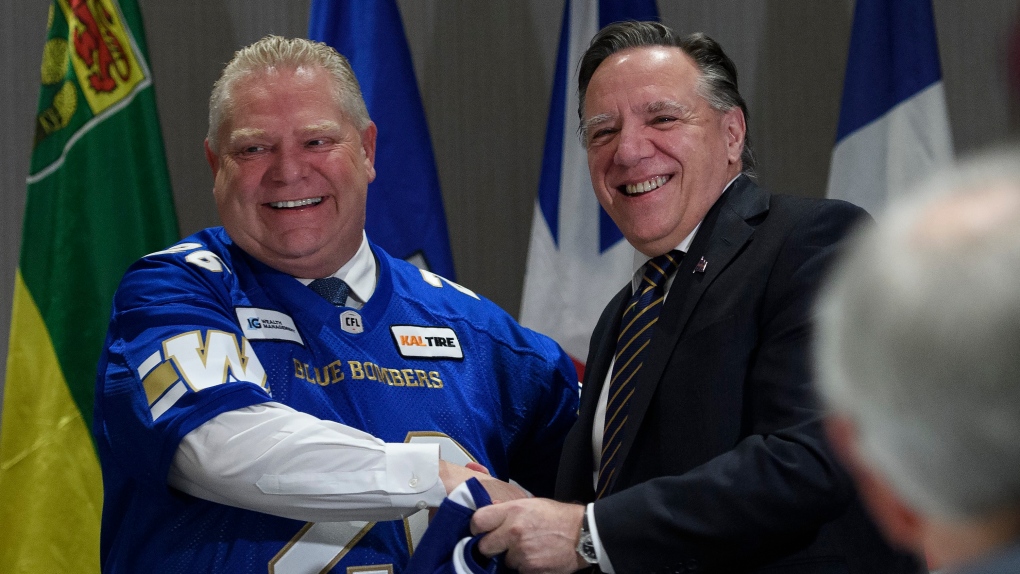 Doug Ford, left, Premier of Ontario, gives a Maple Leafs jersey to Francois Legault, Premier of Quebec, during a meeting of the Council of the Federation which comprises all 13 provincial and territorial Premiers in Mississauga, Ont., on Monday, December 2, 2019. THE CANADIAN PRESS/Nathan Denette

He lost a bet to Manitoba Premier Brian Pallister over the Grey Cup, in which the Winnipeg team beat the Hamilton Tiger-Cats.

Ford then handed out Toronto Maple Leafs jerseys to all the premiers and welcomed them to Ontario.

He told them they are going to have a "real productive meeting."

Ford says he thinks the meeting in Mississauga sends a clear message to all of Canada that the premiers may have their differences, but that they are united as a country.

Saskatchewan Premier Scott Moe says the premiers have come to the meeting with various priorities and differing opinions, but the goal is to find a few issues on which they have common ground.

Ford says health care is a concern for everyone, and that all premiers want a 5.2 per cent annual increase to the Canada Health Transfer.

This report by The Canadian Press was first published Dec. 2, 2019.