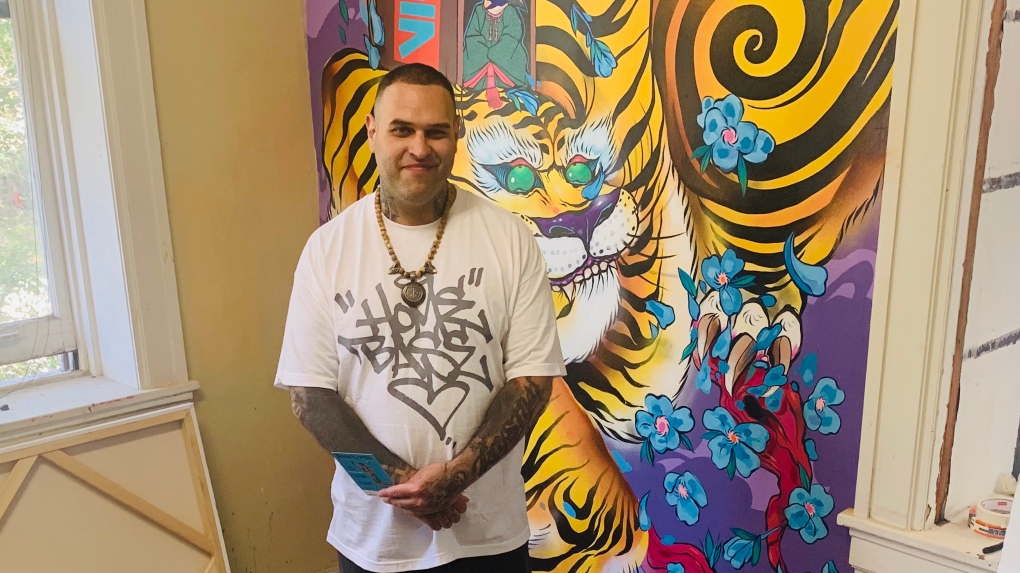 Artist and Paint the Peg organizer Cash Akoza grew up in Winnipeg’s downtown, and became inspired to create graffiti after seeing it in his neighbourhood. (Katherine Dow / CTV Winnipeg)

Alleyways in Winnipeg’s Exchange District are getting a makeover this weekend, care of internationally renowned graffiti and mural artists.

It’s all part of Paint the Peg, a wide-reaching street art event happening over the weekend.

Twelve local and international artists are collaborating to create new graffiti and murals in alleyways along Albert Street. They will work on the new pieces throughout the weekend, and the public is invited to come out and watch the process.

Although similar events have been held across the globe, the Winnipeg iteration is the collaborative brain child of local artist Cash Akoza and Trisha Kulathungam, the founder of the Higher Learning Foundation.

“Our mission is to create safe spaces throughout the core area of downtown,” Akoza said.

He also wants the event to inspire the next generation of Winnipeg artists.

“It’s very important to us that they really get their eyes on this stuff because that’s how I became inspired as a child,” Akoza explained.

One of the artists pitching in is Whisper. Based in Toronto, he’s been painting graffiti for 25 years, working mostly with spray paint.

“It’s known to be more of a wild-style interpretation of graffiti -- a little more intricate, a little difficult to read,” he said, adding he’ll likely go through 30 cans of spray paint this weekend. 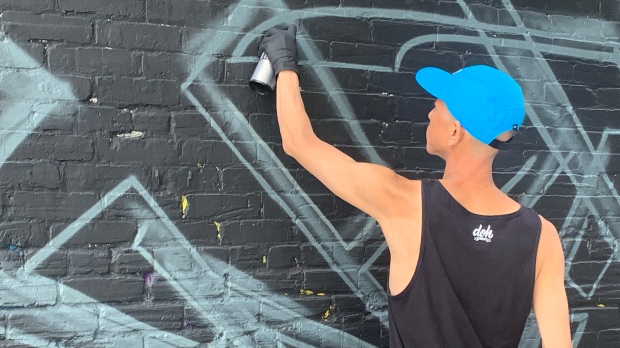 He said it’s important for graffiti art to be embraced in public spaces.

“Times have changed. When I started, if you were painting in the middle of downtown, probably police would have shown up,” he said.

“Now that graffiti has been around in Canada for 30-plus years, people are getting used to seeing it and are liking it.”

Additionally, Paint the Peg features a family day, a paint battle between a Winnipeg and Toronto artist, and a no-commission art show Saturday at 8 p.m. at Fleet Galleries.

The show features pieces from the team of artists painting the alleyways.

“It’s a one night only thing,” Akoza said.

Akoza, who grew up in the downtown core, also wants the new art to be a tourism draw.

“People take thousands of selfies in front of whatever was existing on these walls during these last few years, a lot of people with families coming before Jets games, wedding pictures,” he said, adding that the rise of Instagram has put art into people’s daily lives. “Now it’s so accessible.”

A part two of the event is already planned for later this summer. More information can be found on Paint the Peg’s Instagram page.