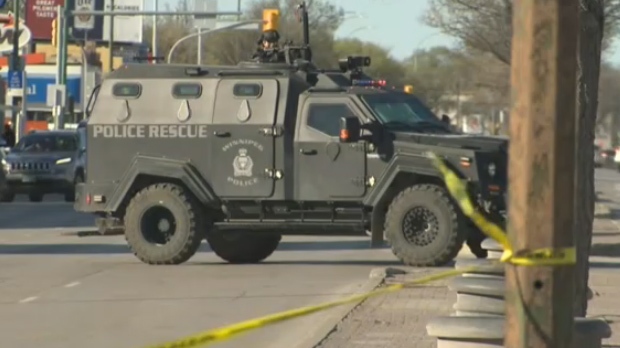 Police said they were called to the area of Main Street and Bannerman Avenue for a report of a person with a firearm just before 6 p.m.

At least five police cruisers and an armoured vehicle were on the scene.

One officer could be seen with a long gun pointed towards a building in the area.

Thursday night, police said the call was resolved safely and without incident.

They could not say whether any gun was recovered or if anyone was arrested.

North and southbound traffic on Main Street was blocked off, causing delays.

The street reopened at around 8 p.m.