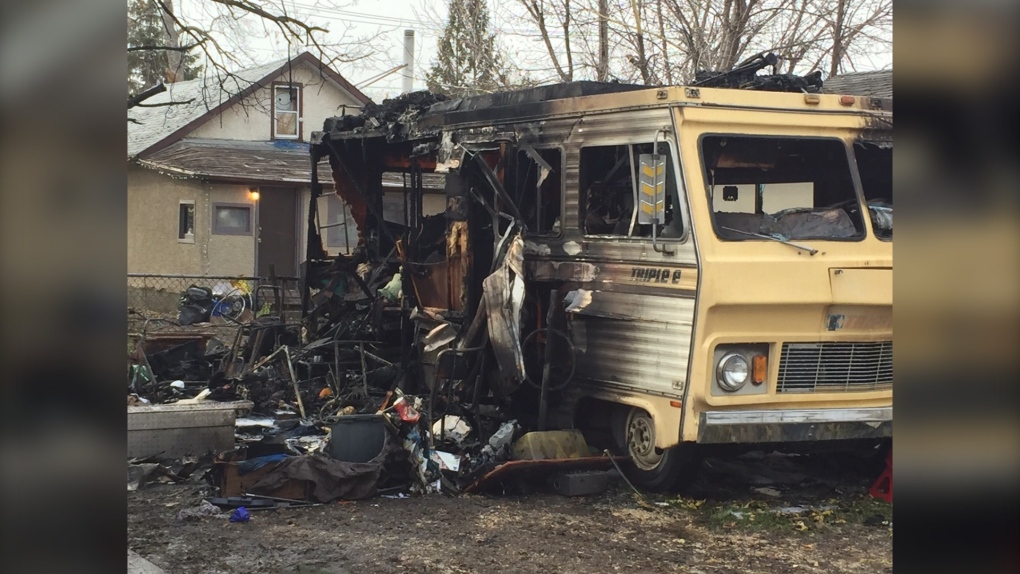 WINNIPEG - Thick black smoke was sent billowing into the sky in Elmwood after a propane tank exploded, Winnipeg police said.

Around 10:15 a.m. on Sunday morning, Winnipeg police said officers and fire crews were called to a report of a motor home fire in the 300 block of William Newton Avenue.

People in the area at the time said on Twitter they heard a massive bang and saw thick smoke rising in the air.

There were no injuries, and police said the fire appears to be out and under control.

Police said the incident happened in the same block as a shooting that happened late Saturday afternoon.