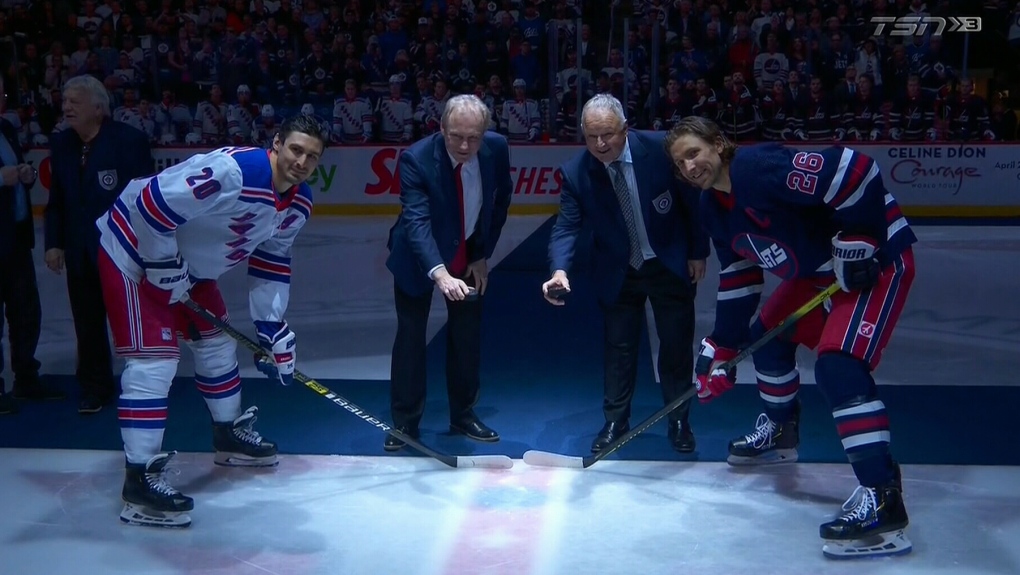 Randy Carlyle and Thomas Steen were inducted Tuesday night a head of the Jets' game against the New York Rangers.

Former Jets Randy Carlyle and Thomas Steen honoured ahead of tonight’s game. Both being inducted into the Winnipeg Jets #HallofFame@ctvwinnipeg pic.twitter.com/exp0afDOlx

"I came here and made a commitment to playing here, to becoming part of the community here," Carlyle said at a press conference before the game Tuesday.

"I had a tremendous amount of enjoyment, and it wasn't just on the ice – it was off the ice."

Carlyle played 10 of his 18 NHL seasons with the Winnipeg Jets, from 1992 to 1983. He transitioned into coaching with the Jets after his playing career.

Both of the former players were recognized for their strong bond with the community.

"From the first time I came here, I certainly could recognize the love for hockey," said Steen. "I've had that since I was really young, but I recognized that it was the same level here, so I felt really good right from the beginning."