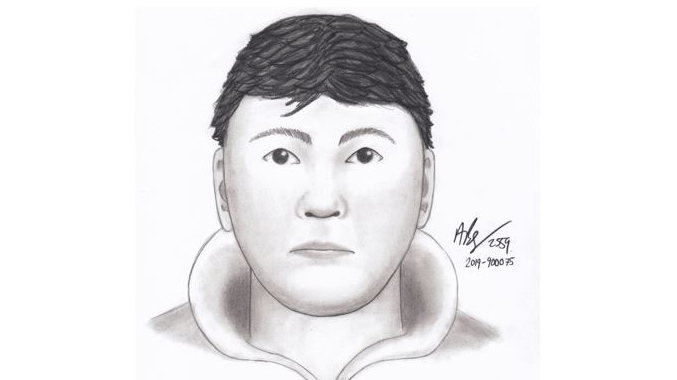 A composite image of an abduction suspect was released by RCMP Friday. Photo submitted by the RCMP.

RCMP released a sketch Friday of the person they suspect of abducting a 16-year-old girl while she was walking her dog this past weekend.

On Sunday, RCMP said the girl was walking on Ste Anne’s Road, southeast of Landmark, Man., when a pick-up truck driver stopped and asked if she needed a ride.

She turned down the offer, and Mounties said she was forced into the truck.

As the truck slowed while approaching a dead-end on Road 45 North, the victim managed to escape, RCMP said, around four kilometres east of Landmark.

She received minor injuries while making her way to the nearest home for help.

RCMP released a sketch of the man on Friday and described the suspect as between 18 and 22 years of age, clean cut, approximately five foot eight, thick black wavy hair, and a round face.

He was wearing a blue sweater with a hood that had yellow flame writing on the front, and shorts that looked like swim shorts with a blue-to-green-to-blue pattern. Police say he may have been wearing sandals.

The truck is described as an older model, matte black, four-door pickup truck, with a tinted back window. It does not have running boards or steps.

Anyone with information about the abduction is asked to contact the St. Pierre-Jolys RCMP at 204-433-7433.