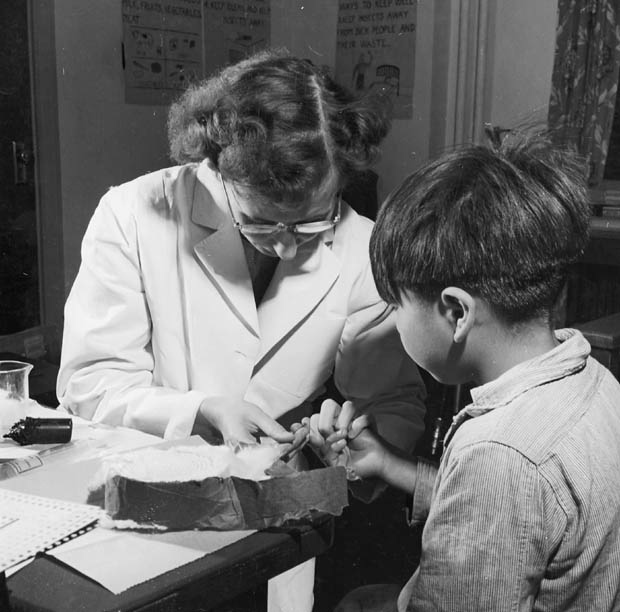 A nurse takes a blood sample from a boy at the Indian School, Port Alberni, B.C., in 1948, during the time when nutritional experiments were being conducted on students there and five other residential schools. (Library and Archives Canada)

Valcourt told CTV Prince Albert the past can never be erased and everyone needs to reconcile and move forward.

Earlier this week, the Assembly of First Nations passed resolutions at their annual meeting in Whitehorse calling on the federal government to apologize and make restitution to those affected by experiments conducted between 1942 and 1952.

Research by University of Guelph food historian Ian Mosby discovered that federal scientists used malnourished aboriginals on reserves and in residential schools to study the effects of nutritional supplements.