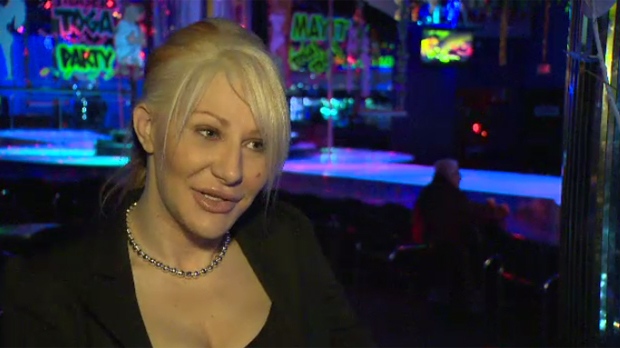 Robin Skolnik, owner of Teasers Burlesque Palace, says her business has been unfairly targeted in a measles warning from the provincial government.

The latest case of measles in the province has been linked to a Winnipeg strip club. The owner is upset with how the information was released to the public.

On Friday, the province confirmed a man his 30s has measles, and that he came to Teasers on April 25 between 10:00 p.m. and midnight.

Skolnik says she understands the importance of telling the public about the case, but says the province should release all the locations the person has been, not just one at a time.

She says the man who visited the club Friday is not a staff member and that she sanitizes the club carefully.

"Out of all the people I spoke to, actually only one person was concerned, because she was unsure if she was vaccinated,” said Skolnik. “So, I gave her the public health number and told her to find out if she was vaccinated, and it’s been seven days. You would like to see something by now."

The province says symptoms can show up even 21 days later.

Skolnik says the publicity hasn't been good for business and the establishment didn't get the usual number of customers Friday night.

At least one patron CTV spoke to says he agrees with the owner and he feels comfortable there. "I wasn't here that day, so it shouldn't bother me. I had that when I was a kid," said Ricky Kolstjuk.

The province says places are listed where a person attended, but where public health officials are not able to directly contact those who may have been exposed. They didn't say if the person was at any other public locations.

This latest case is the eighth confirmed person with measles in Manitoba this year.