WINNIPEG -- Winnipeg police said a suspect has now been charged with second-degree murder following the death of a three-year-old boy who was stabbed repeatedly in the neck.

Daniel Jensen, 33, had initially been charged with attempted murder while the boy, Hunter Haze Smith-Straight, was on life support.

Following the child’s death and consultation with Manitoba Justice, police said, he was rearrested on the new charge Wednesday and returned to custody.

Jensen also faces a charge related to an alleged assault of the boy’s mother, with whom he was previously in a relationship, as well as charges for breaches of court conditions and a probation order.

The child was found in a Pritchard Avenue home on Oct. 30, suffering from multiple stab wounds. Police alleged he was attacked by the same suspect who had assaulted his mother earlier at a location on Main Street, following an argument.

The act gripped a city that was already reeling from several other high-profile violent acts, including the death of a 14-year-old who had been at a Halloween party and a multiple shooting that wounded an infant.

In the days that followed, multiple vigils for Hunter were held outside the Health Sciences Centre Children’s Hospital.

Family members had told CTV News an MRI showed evidence of severe brain damage and the decision was made to take him off life support.

“I want to thank everyone for all your support and prayers and the condolences…” she wrote.

“It really means so much to me and my family and to all the drummers thank you.”

Smith said Hunter touched many hearts, calling him her pride and joy. 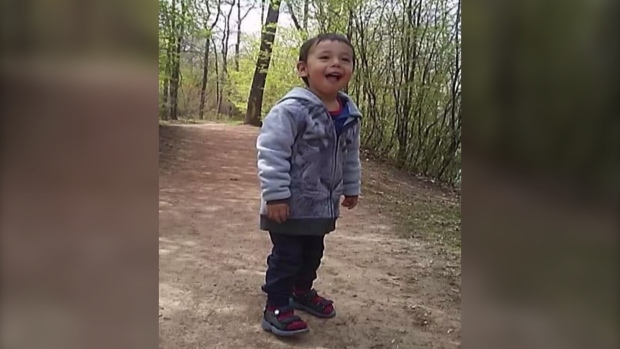 Following his death, a memorial featuring stuffed animals, flowers and messages formed on Pritchard Avenue, and both Winnipeg’s mayor and the premier of Manitoba shared words of condolences.