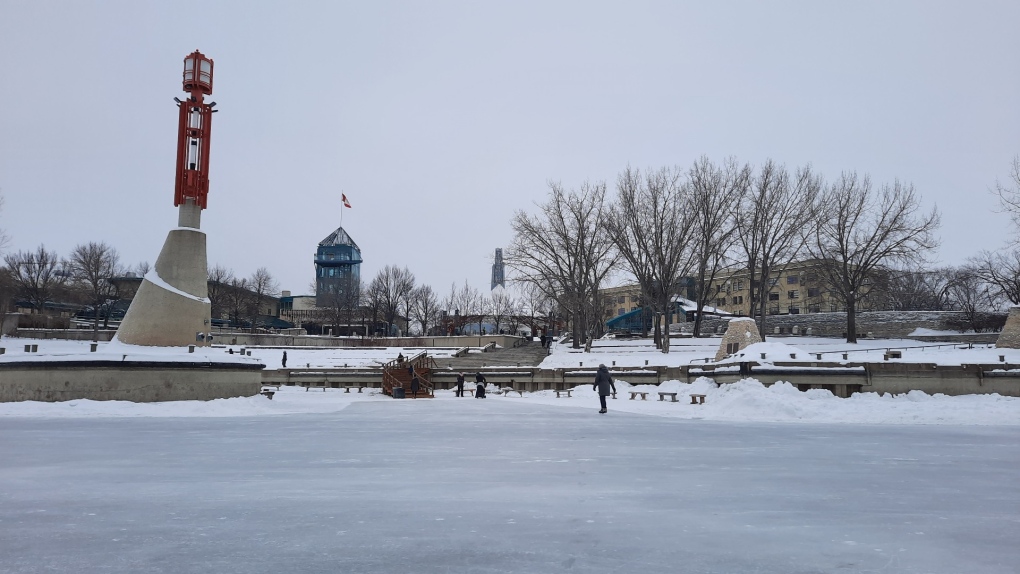 The river skating trail at The Forks is pictured on Jan. 1, 2021. (Dan Timmerman/CTV News)

WINNIPEG -- The famous skating trail at The Forks is officially open for Winnipeggers.

This year, people will be able to walk, bike, skate and cross country ski the trail, according to The Forks’ website.

"It's kind of like meditation, you get lost in what you're doing," said a lady skating on the trail. "I don't go back to work until the fifth and I'm just going to skate every day until then."The trail can only be accessed from The Forks Port Rink point right now due to current ice conditions.

The Forks recommends people check the ice conditions before heading down to skate.

"It's not bad for a river," said another person on the trail. "There's a couple ruts, but you can't really complain."

With COVID-19 still prevalent there will not be any skate rentals.

The Forks asks that people respect physical distancing and gathering limits when skating.

Last year, the river trail did not open due to fluctuating water levels that made the ice dangerous.