'These boys have to be remembered': D-Day veteran looks back on time in the military

WINNIPEG – When Len Van Roon was conscripted into the military in 1941 at the age of 20, he didn’t want to go.

“I just figured it was necessary, we’ll just go through with it and do the best can,” said the Second World War veteran.

“I wasn’t enthusiastic about it, but I worked with a really wonderful group of men, dedicated and responsible.”

Nearly 80 years ago, Van Roon left his mom, his girlfriend and his family’s poultry farm in Manitoba with no idea where his military career would take him. He wouldn’t return to Canadian soil for four years.

“The necessity was there, so you knew that something had to happen in order to keep the world the way it was,” he said. 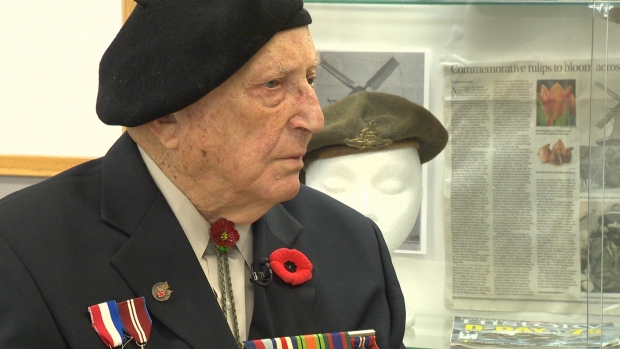 At first Van Roon tried to join up in artillery, but said his trigonometry wasn’t good enough, so he ended up with anti-aircraft artillery. Eventually, after he went to England, he was picked for field artillery.

“If they give you a job, you do the best you can at that job,” he said.

Van Roon was among the soldiers who stormed the beaches of Normandy on D-Day, June 6, 1944. 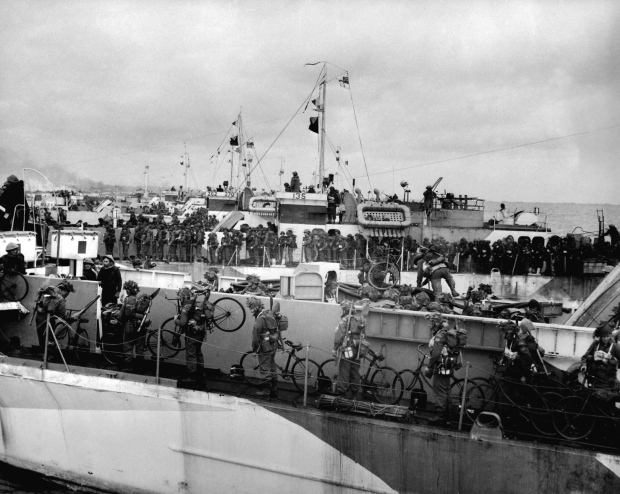 Canadian troops are seen here near Bernieres-sur-mer on the Normandy coast during the Allied invasion of Europe (D-Day), one of the key turning points in the Second World War, June 6, 1944. THE CANADIAN PRESS/National Archives of Canada, Gilbert A. Milne

The veteran remembers being well-prepared and trained, but notes there was luck involved.

He also recalls serving a “very good officer” at the time.

“The one prominent thing that I remember is we had a bit of protection with a stone wall and there was a body that was being washed away from the shore and it was dangerous to out there,” Van Roon said.

“The officer, he took one look and went out and recovered the body and put it on the shore so it wouldn’t be lost. It always impressed me, his dedication and knowing what he had to do.”

The boots Van Roon wore on D-Day are on display at the Charleswood Library. 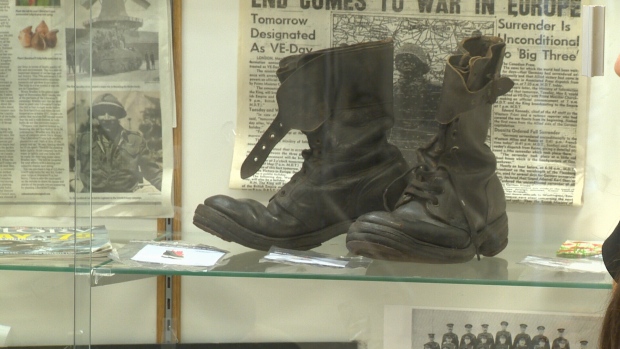 STAYING IN TOUCH WITH A ‘SPECIAL GIRL’

During his time in the military, Van Roon wrote over 1,000 letters to his girlfriend, who eventually became his wife. They were married for 64 years.

“I didn’t want to lose that girl. I knew that was a special girl.”

Van Roon said his letters were mostly “griping about wet feet and cold,” because they weren’t supposed to write about the situations they were in.

His son-in-law eventually copied all the letters into a book, juxtaposing them with the regimental history.

A FEELING OF GUILT

For Van Roon, Remembrance Day can bring up feelings of guilt, because of the “dedicated, brilliant” men who missed out on life.

“They didn’t have the opportunity to take part in what I took part in, and there is a guilty feeling.”

The Second World War vet has one message he wants to get across to Canadians on Remembrance Day: “These boys have to be remembered for what they did.”

- With files from CTV’s Maralee Caruso.