Thousands without power as storm rips through southern Manitoba 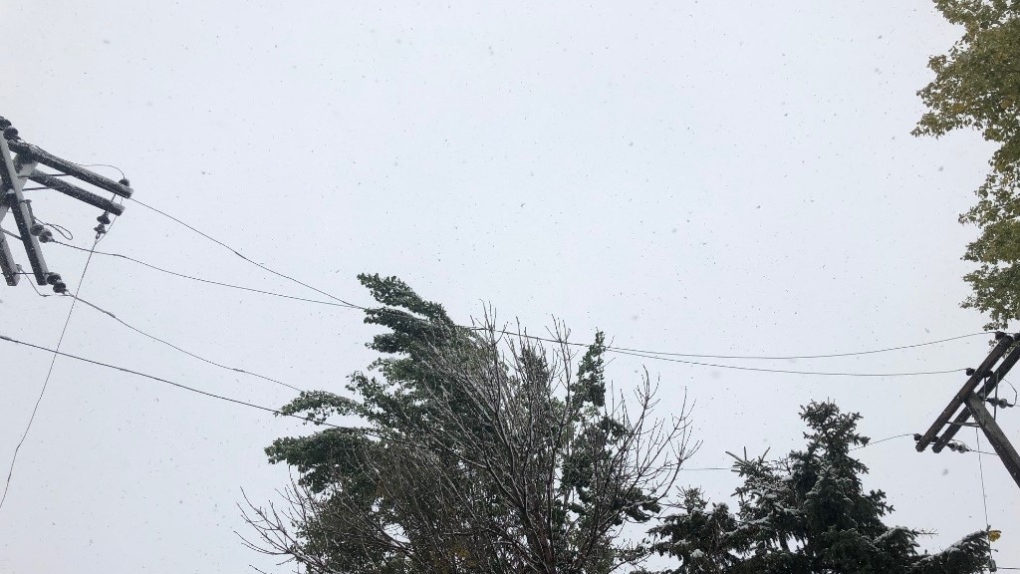 Wet snow on trees and wind are caused a number of outages in southern Manitoba Oct. 10, 2019. (Source: Manitoba Hydro/Twitter)

WINNIPEG -- Thousands of people are without power as a winter-like storm tears through southern Manitoba.

As of 3 p.m. Thursday nearly 13,000 Manitoba Hydro customers were in the dark, but the Crown corporation said it has been ready all week.

“We started gearing up Monday afternoon, and that means gas in the trucks, equipment on the trucks, that we’ve got the right people doing the right function,” said Bruce Owen with Manitoba Hydro.

Many trees across the province are still covered in leaves, which is adding extra challenges to an already stubborn storm.

“The issue is we’ve got this wet snow, this accumulation of snow on these leaves, these branches start to break, and they fall on our power lines causing an outage,” said Owen.

He said this type of situation is happening all over the south, and it’s not an easy task in terms of restoration.

“We’ve got to cut these trees and then make sure that the power lines aren’t damaged. If they are, then we have to fix them. If there’s a broken pole, it takes us that much longer.”

If you spot a downed power line, you’re asked to stay away from it and call 911 immediately. Owen said it’s a public safety risk. He said police or fire will alert Manitoba Hydro of the situation, and then a crew will be dispatched to de-energize the line.

Owen is reminding Manitobans to report power outages as they happen. He said it takes hardly any time, and you can report it easily from your phone. Owen said the faster outages are reported, the faster crews can be sent out to fix them. However, he’s also asking people to be patient.

“We are responding as quickly and as safely as we can, but be prepared for an extended outage, particularly if you live in an isolated area,” Owen said.

Manitoba Hydro has a number of tips on how to prepare for an extended outage here.