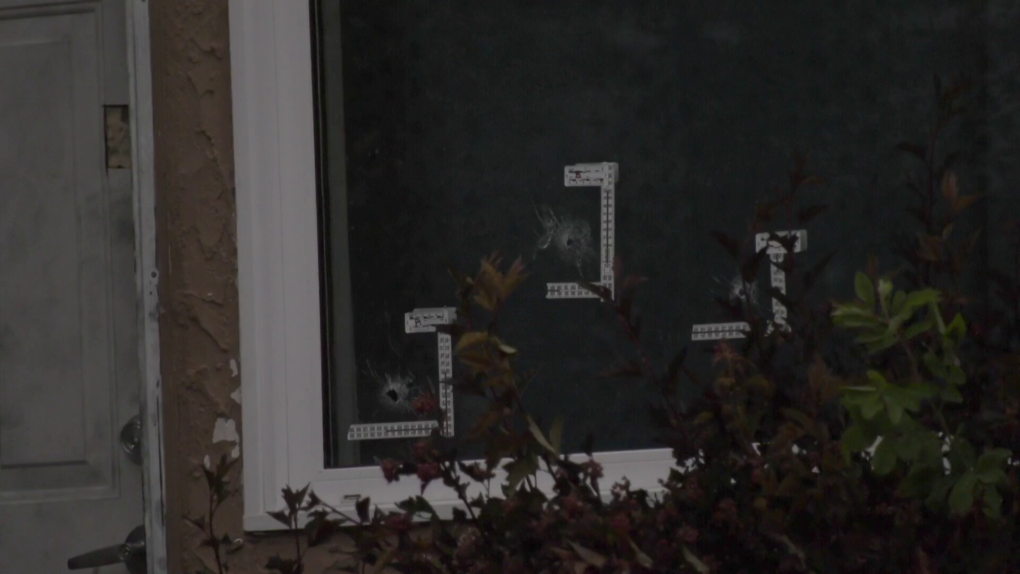 Bullet holes are visible in the window of a home in 200 block of Houde Drive on July 4, 2022. Winnipeg police said a 59-year-old man was killed following a shooting at the home on July 3. (CTV News Winnipeg Photo)

The Winnipeg Police Service has arrested three people in connection with a fatal shooting in the city’s Parc La Salle neighbourhood in July.

Police were initially called to the incident around 3 a.m. on July 3, 2022. When officers got to the scene, they found a man with a gunshot wound at a home in the 200 block of Houde Drive.

The victim, who has been identified as Salah Falah Hasan, 59, was taken to the hospital in critical condition, where he died.

The homicide unit investigated and on Sept. 20 arrested three suspects.

Police said that Hasan and at least one of the suspects were prior acquaintances.

Officers allege that the three suspects went to Hasan’s house together, at which time he was shot.

Three Winnipeg men, ages 26, 38, and 42, have been charged with second-degree murder.

All three suspects were taken into custody.

TD Bank Group says it paused the MyMoney lending program it recently launched with Canada Post after it detected suspicious activity on its system.

A semi driver was caught with open liquor in Surrey, B.C., was handed a 90-day driving prohibition and has had his truck impounded, according to Mounties.