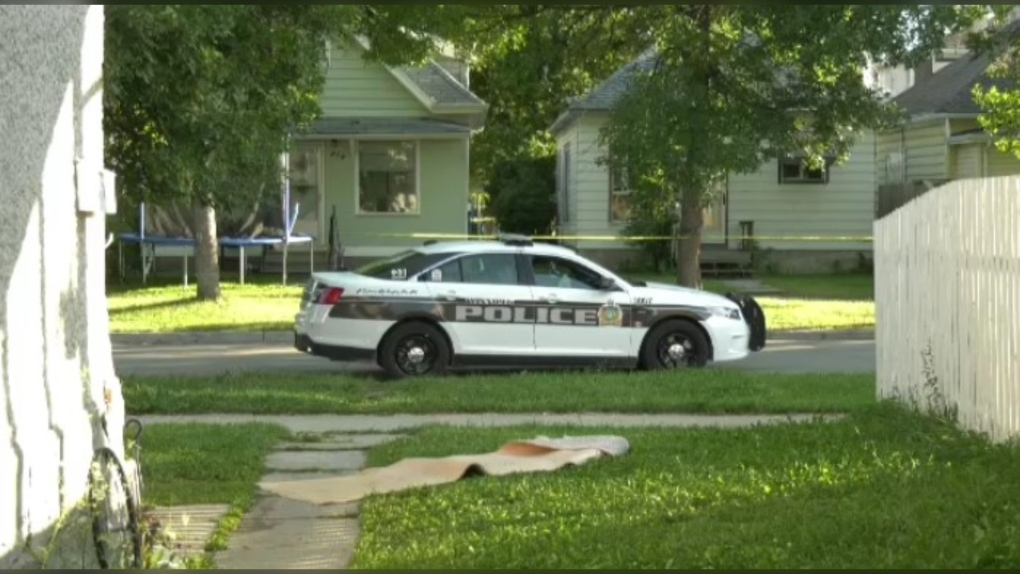 Police on scene of the shooting on Thursday, Aug. 27.

WINNIPEG -- A 21-year-old Toronto man is dead after being shot on Wednesday, the Winnipeg Police Service announced on Monday.

Police said at 8:45 p.m. Wednesday, officers attended the 800 block of Aberdeen Avenue after reports that shots had just been fired in the area.

Upon arrival, officers found a man in the 800 block of Alfred Avenue, one street south of where police were dispatched. The man was suffering from a gunshot wound and was transported to hospital in critical condition. The man's condition deteriorated to grave and he died from his injuries on Friday.

The victim was identified as Mohammed Yonis Ali, a 21-year-old from Toronto.

The investigation is continuing by members of the Homicide Unit. Anyone with information that may assist investigators is asked to call 204-986-6508 or Crime Stoppers at 204-786-8477.