WINNIPEG -- A warm, dry start to spring in southern Manitoba has sparked concerns about a busy wildfire season.

“The fire that we had was evidence of just how dry it is,” said Rau.

Crews were able to get the fire under control after several hours. While not confirmed, Rau said the fire may have started after an ATV was driven through some tall grass. 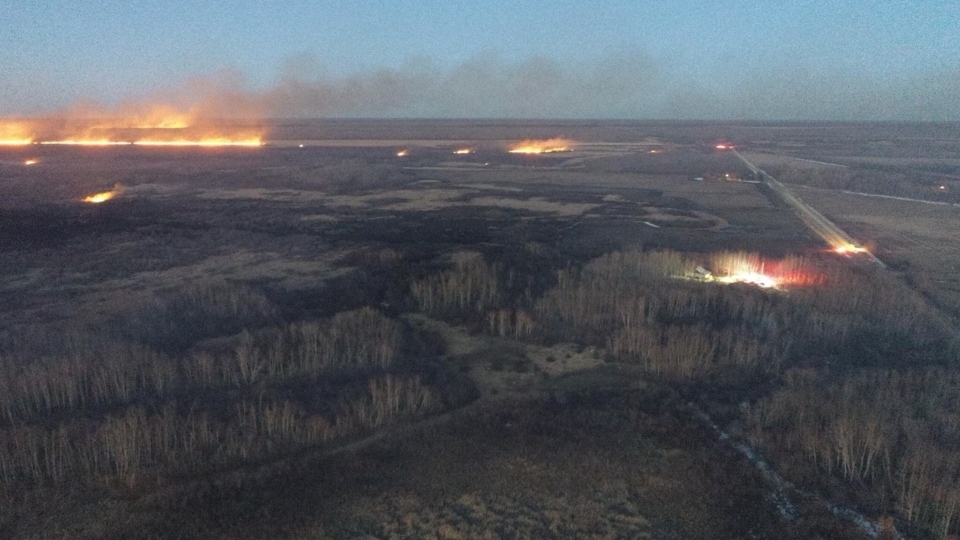 Rau said the fire hit about a month earlier than the normal start to wildfire season. As a result of the dry conditions, the R.M. moved a portion of the municipality, ward 6, up to level two fire restrictions which means no open-air fires are allowed but fires in approved receptacles, such as a fire pit, can still be burned.

Natalie Hasell, a warning preparedness meteorologist with Environment and Climate Change Canada, said most of southern Manitoba is well below 40 per cent of normal precipitation values.

“The areas where it’s dry, it’s very dry,” said Hasell. “The fact that it’s been basically dry since August in most, if not all of southern Manitoba, that’s unusual.”

Across southern Manitoba, fields are bare and rivers are opening up as spring takes hold.

“We know that things are warming up,” said Hasell. “It’s a trend that we’ve seen pretty much everywhere so it’s not unusual for parts of the year, that our values, our data shows that the temperatures are warmer than normal.”

“Climate change and global warming is real, and we see it in our data. This is one of the ways in which we see that.”

Several other temperature records were broken across southern Manitoba and also in the northern part of the province.

Hasell said a busier wildfire season is just one of the possible impacts.

“Talking to our partners at the province, at the wildfire program there, they’re certainly concerned about an early start to the season, as we’ve already seen,” said Hasell. “I would assume that our risk for forest fires or wildland fires starting early is definitely a significant concern.”

Manitoba’s Wildfire Service, according to a provincial spokesperson, is aware of the soil moisture conditions and lack of snow cover and, not unlike any year, it is preparing for the worst and hoping for the best.