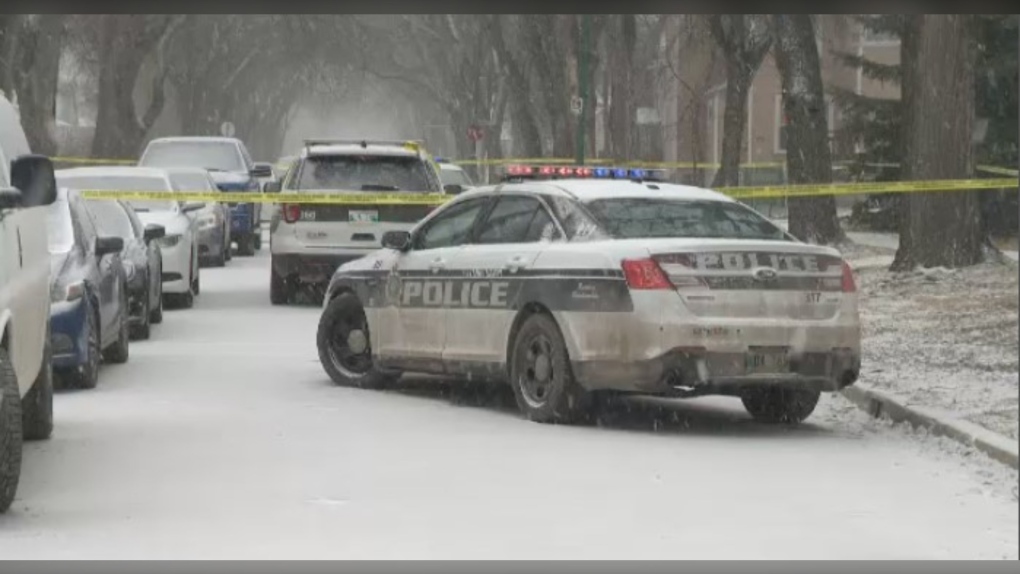 An investigation continues into an officer-involved shooting Thursday morning in the 300 block of Anderson Avenue. (Photo: CTV News/Kenneth Gabel)

WINNIPEG -- Manitoba's police watchdog says two Winnipeg officers who shot and killed a 36-year-old man while responding to a domestic incident call last spring will not face any charges.

Winnipeg police previously said a man – since identified as Jason Collins – was shot by officers in the early morning hours of April 9, 2020. He had been taken to Health Sciences Centre in critical condition, and died from his injuries.

On Wednesday, more than a year after the shooting, the Independent Investigation Unit of Manitoba (IIU) released its report into the death, clearing the two officers who shot Collins – who is referred to in the IIU report only as "Affected Person."

In his final report, IIU Civilian Director Zane Tessler said officers were called to the home for a domestic incident call and heard screaming from inside. After forcing the door open, the IIU said Collins was seen holding a firearm to his head and was threatening to kill himself.

Officers left the home, and after a short while, the IIU said Collins came out the front door walking towards officers while pointing the firearm at them, which is when two officers opened fire.

The investigation included interviews with 19 officers and four witnesses to the shooting, including a teenager who was in the house leading up to the shooting and Collins' girlfriend who had called 911.

It also included cellphone footage recorded by an eyewitness to the shooting.

The IIU report said both the officers who fired their guns declined to be interviewed for the investigation, but provided notes and written statements.

In the final report, Tessler said there are no grounds to justify charges against the officers, saying the use of lethal force by the officers was "justified and unavoidable."

He said the decision to shoot Collins, "was necessary in order to prevent the injury or death of any or all of them and all other police officers in the vicinity."

The firearm Collins had been holding was later determined to be a black plastic BB gun, and was found broken in two pieces. In the report, Tessler said the gun looks like a real firearm. 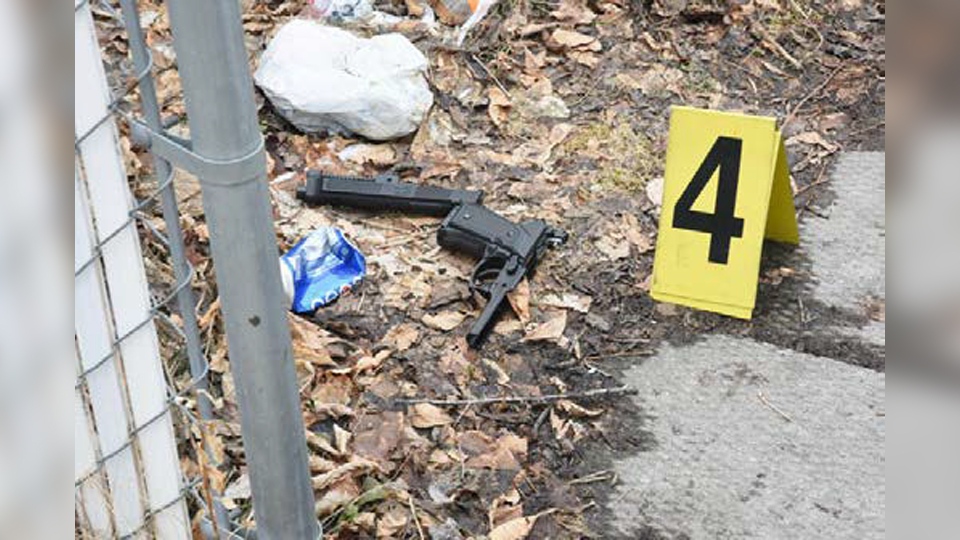 He questioned why replica firearms are manufactured and sold, adding he can't find a "single redeeming factor" for the possession of a replica firearm as they significantly raise the seriousness of an encounter with police.

Tessler wrote that the replica firearms "more often results in a conclusion reached that a potentially lethal situation exists followed thereafter by the use of lethal force to eliminate these presumed risks."

"More needs to be done with the existence and possession of replica firearms to properly and adequately deal with this issue," he said in the report.

CTV News reached out to Collins' family, who declined to comment.

You can read the full IIU report here: