Winnipeg cop pleads guilty after revolver was found in his locker 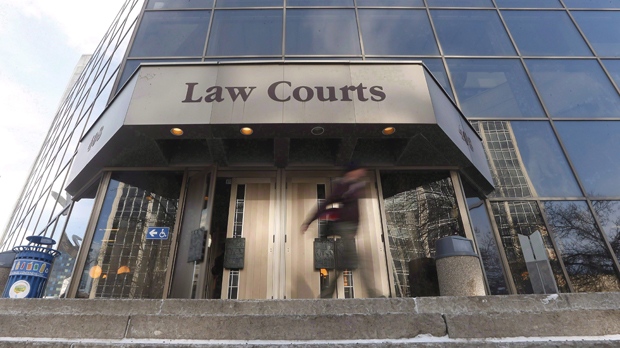 WINNIPEG -- A Winnipeg police officer has pleaded guilty to a firearm-related charge after his personal revolver was found in his locker at work.

On Monday, Patrol Sgt. Sean Cassidy of the Winnipeg Police Service pleaded guilty to storing and transporting a restricted firearm without authorization.

On Jan. 14, 2019 one of Cassidy’s superiors in the WPS searched his locker to take his service firearm as he had been placed on leave.

Crown prosecutor Brett Rach told the court the superior found Cassidy’s personal .357 Smith & Wesson revolver. The revolver was registered and licensed to Cassidy, but Rach said he did not have the proper authorization to store the firearm in his locker at the police station.

"The gravity of the offense is the same, regardless of who the accused is – in this particular case, I'm suggesting Mr. Cassidy's moral culpability is a bit higher as he is a peace officer, than a member of society," Rach said.

He asked the court for a conditional discharge which would include 40-50 community service work hours and a prohibition on possessing firearms, excluding a WPS service firearm.

Rach said police officers are held to a higher standard and proposed Cassidy needs to ‘earn’ a clean criminal record back.

In an address to Manitoba Provincial Court Justice Sandra Chapman, Cassidy said he made an “embarrassing” mistake.

“I am completely saddened and ashamed that I did this,” Cassidy said.

“I'm embarrassed that I didn’t understand that bringing my personal firearm to the police station was a bad idea and an illegal one, and I take full responsibility.”

Cassidy’s counsel asked for an absolute discharge with no prohibitions or conditions saying he has already heavily involved with his community and volunteers regularly at his church functions.

Cassidy's co-counsel Hymie Weinstein argued Cassidy brought the personal revolver to his locker at work after seeing a rise in theft in his area.

"What Mr. Cassidy did was transport his registered firearm to what he thought was a safe place," Weinstein said.

"He felt – quite rightly – it would be safer there than having it in a drawer in his household."

Co-counsel Lisa LaBossiere told the court the offense Cassidy made did not put the public in danger, as there was a very little chance that the gun could have ended up on the street,

"While police officers are –rightly so – are supposed to be examples for law enforcement, they are not immune to mistakes," she said.

Justice Chapman was given 15 letters of reference on behalf of Cassidy from his neighbours, community members, and co-workers, said the charge is ‘technical and unique.’

She said Cassidy’s 24 years of service in the Winnipeg Police Service must also be taken into account.

“The charge itself is really a mistake - an honest mistake and one that shouldn’t have been made,” she said, adding the process of being charged, investigated, and brought to trial was punishment for Cassidy and acted as a deterrent to his coworkers.

Chapman gave Cassidy an absolute discharge with no conditions or prohibitions. Cassidy was also ordered to pay $103 in fees within 14 days.

Cassidy is set to appear in court in July and October.

He has previously been criminally charged for unauthorized use of a WPS computer after he allegedly used the WPS system to prevent a speeding ticket against him from being issued.

This comes after Cassidy was charged with assault causing bodily harm in connection with a complaint that an off-duty officer allegedly kneed and punched someone during an arrest.