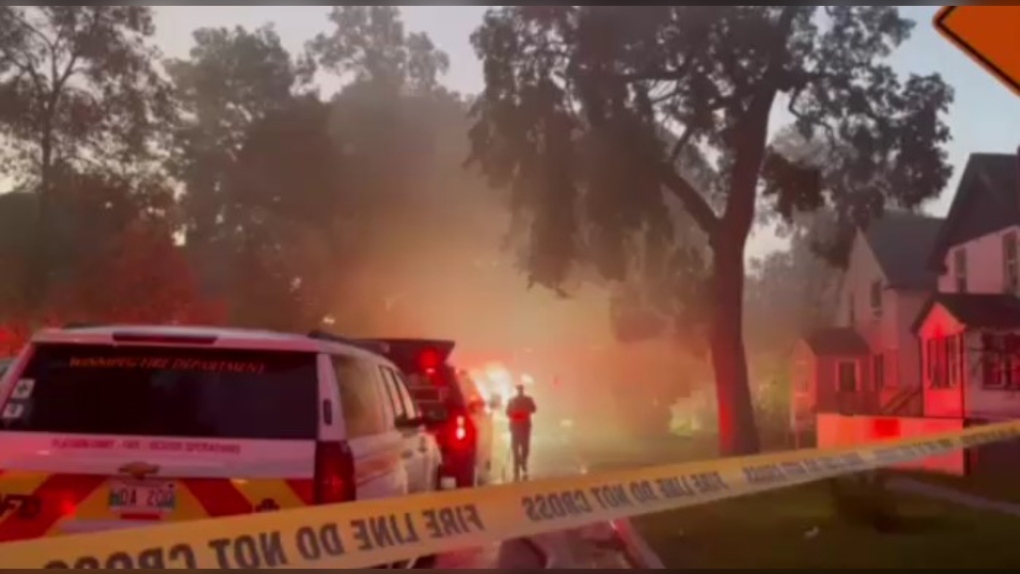 A home in Winnipeg’s North End will be demolished after a fire engulfed the home on Wednesday morning.

The Winnipeg Fire Paramedic Service (WFPS) responded to the fire at an empty home in the 300 block of College Avenue at 5:15 a.m.

When firefighters got to the scene, the house was fully engulfed in smoke and flames, with the fire extending to a neighbouring home.

Crews attacked the fire from outside the fully engulfed home. They also went into the neighbouring home to extinguish hot spots.

The cause of the fire is being investigated and there is no damage estimate. However, the empty house where the fire started is a complete loss and will be demolished.

A growing number of Canadian hospitals are enacting policies requiring visitors and care partners to show proof of vaccination in order to gain entry, sparking yet another pandemic-era debate for ethicists.

A rescue mission got underway Sunday for a firefighter who fell into the St. Lawrence River after a boat carrying people from a previous rescue mission capsized near the Lachine Rapids.

Hayley Wickenheiser is a six-time Olympian and award-winning women's hockey player, and now her accomplishments include graduating from medical school and achieving an M.D. during a global pandemic.