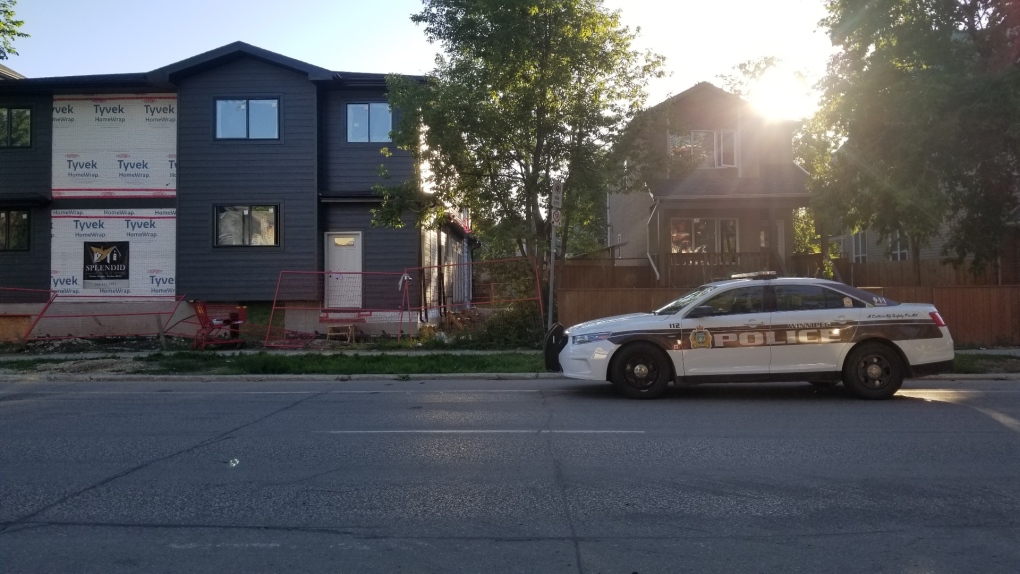 Police on scene in the 400 block of Maryland Street on July 6. A 34-year-old has been charged with second-degree murder after a 44-year-old was found unresponsive in the area. (Source: Daniel Timmerman/CTV News)

WINNIPEG -- A Winnipeg man has been charged after a 44-year-old man died from an assault earlier this week, according to Winnipeg police.

Charles Wilfred Thompson, 34, was arrested on Tuesday and charged with second-degree murder.

Thompson was detained in custody and the charge has not been proven in court.

On Wednesday, police identified the victim of the homicide as Adam Douglas Monkman of Winnipeg.

Police allege Monkman was found unresponsive and suffering from multiple injuries from an apparent assault in the 400 block of Maryland Street on Monday at 6 p.m. He was pronounced dead at the scene.