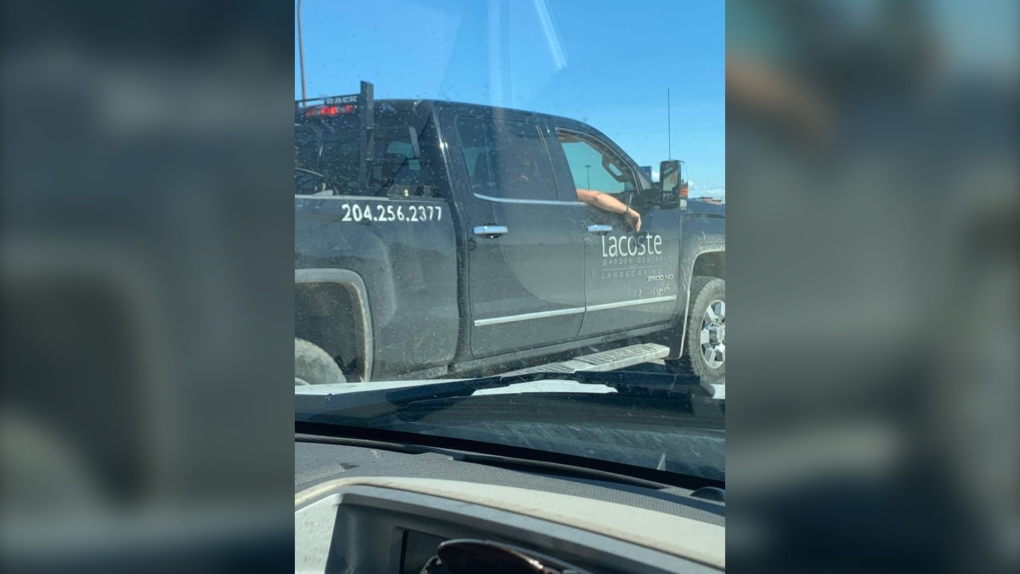 WINNIPEG -- A Winnipeg woman battling cancer was videotaped and laughed at by two men driving a company vehicle.

"I have a difficult time leaving my house some days because of the way I look, being a 25-year-old woman with cancer losing my hair, losing my eyebrows and lashes, losing all the weight I feel extremely self-conscious," said Davies' post.

While driving Friday, two men allegedly pulled up beside her and started videotaping.

"Having these men pull up beside me point and laugh at me, I wanted to pull over and cry I felt so low," Davies' post said.

The men were driving a Lacoste Garden Centre truck.

"What a bunch of idiots," said Jordan Hiebert, co-owner of Lacoste Garden Centre. "They don't know who somebody is and what they're going through."

Hiebert told CTV News that one of the men was a new hire and that both have been terminated.

"One of the guys is gutted by this when he found that she has cancer, he sobbed, no one wants to make a joke of cancer," said Hiebert.

Lacoste garden Centre has been in contact with Davies.

In an updated post from Davies, she explains how the men admitted to mocking her for "looking like a 15-year-old boy."

The garden centre is now seeing what it can do to apologize for the incident.

"We want to do something for her and her family but are not going to make a big show of it," said Hiebert. "It's between us and her, and it's genuine."

As for Davies', she said she's grateful for the outpour of online support.

"I was diagnosed with a terminal cancer less than a year ago, chemo and everything else has been exhausting enough this was just supposed to be a fun weekend with my kids before school and I had this incident in the back of my mind the entire time," her updated post said. "Thank you, those of you who had such kind words it really means a lot."