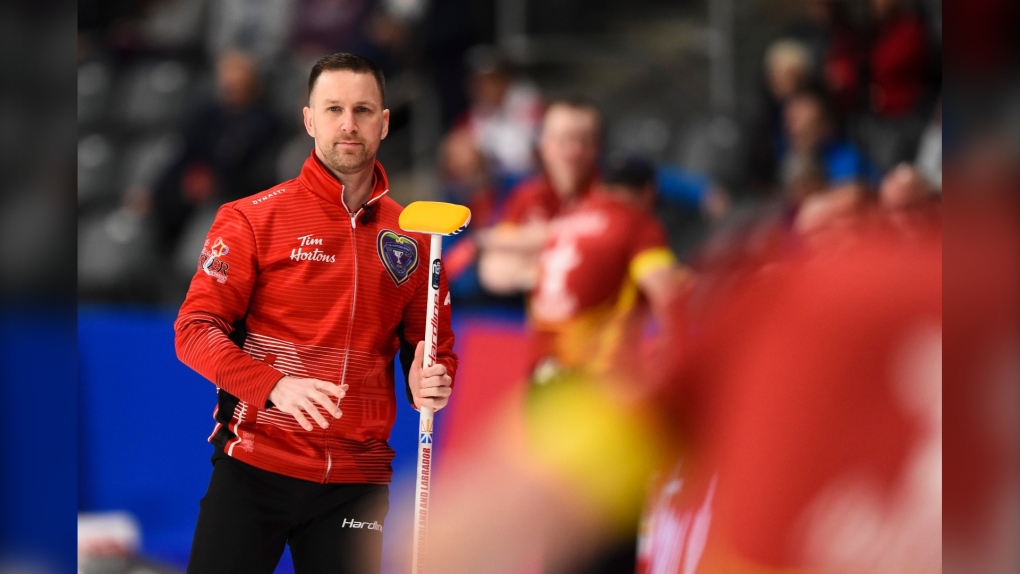 CALGARY -- A capsule look at the 18 teams competing in the March 5-14 Canadian men's curling championship in Calgary (team members listed skip to lead along with home club location).

Teams listed in alphabetical order in their pools:

Bottcher is looking to end a streak of three straight second-place finishes at the Brier. Don Bartlett will handle coaching duties. He won in Calgary in 1997 with Kevin Martin -- Karrick's father -- at skip.

The veteran team will hit a milestone in its opener as Laycock, Cotter and Sawatsky will all reach the plateau of 100 Brier games played. Tyler Tardi, a two-time world junior champion, is team alternate.

Gunnlaugson lost the play-in game in 2018 before reaching the main draw last year. Casey has previously played for three other provinces at the Brier (N.L., Saskatchewan and P.E.I.).

Beuk will replace Paul Dobson at vice-skip for this event. Grattan made his first career Brier appearance in Calgary in 1997.

Jacobs and the Harnden brothers won Olympic gold in 2014 with Ryan Fry. They enter play as the top-ranked team in the country.

One of three wild-card entries in the field, McEwen earned the first spot based on his No. 5 national ranking. He won the play-in game last year but didn't make the four-team Page playoffs.

Howard recently hurt his ribs while snowmobiling and will likely turn to alternate Wayne Middaugh more than originally planned. They won a world title together in 2012 with a different lineup.

Mikkelsen was acclaimed for the spot after the team skipped by 2020 Yukon champ Thomas Scoffin was ruled ineligible to compete in the territorial playdown.

Gushue won his third title in four years last season in Kingston, Ont. The team won two bonspiels in Halifax last fall. This will be the first time this season that they've played with the Alberta-based Walker.

With an average age of 22.25 years, Smith will skip the youngest team in the field. He's the only one in the foursome with Brier experience.

McDonald will be skipping the Bluenosers as a replacement for Jamie Murphy, who declined to make the trip west. McDonald reached the championship pool in his lone Brier appearance in 2019 with Ontario.

Epping holds the No. 2 position in the Canadian rankings and is looking for his first Brier title. Laing leads all players in the field with a .759 career winning percentage at this event.

MacKenzie returns for the sixth Brier appearance of his career. He made his debut in 1994 at Red Deer.

Crete is the experienced Brier hand of this foursome with eight career appearances at the national championship. Fournier, Asselin and Trepanier return for the first time since they debuted in 2018.

Dunstone broke through at the Brier last season with a third-place finish. The two-time Canadian junior champion is looking for Saskatchewan's first Brier title since Rick Folk's victory in 1980.

Koe leads all players in the field with an .824 career winning percentage in the Brier playoffs (14-3). John Morris replaced Colton Flasch at second last March.

This report by The Canadian Press was first published March 3, 2021.