Car crash leads to seizure of a handgun and cocaine: RCMP 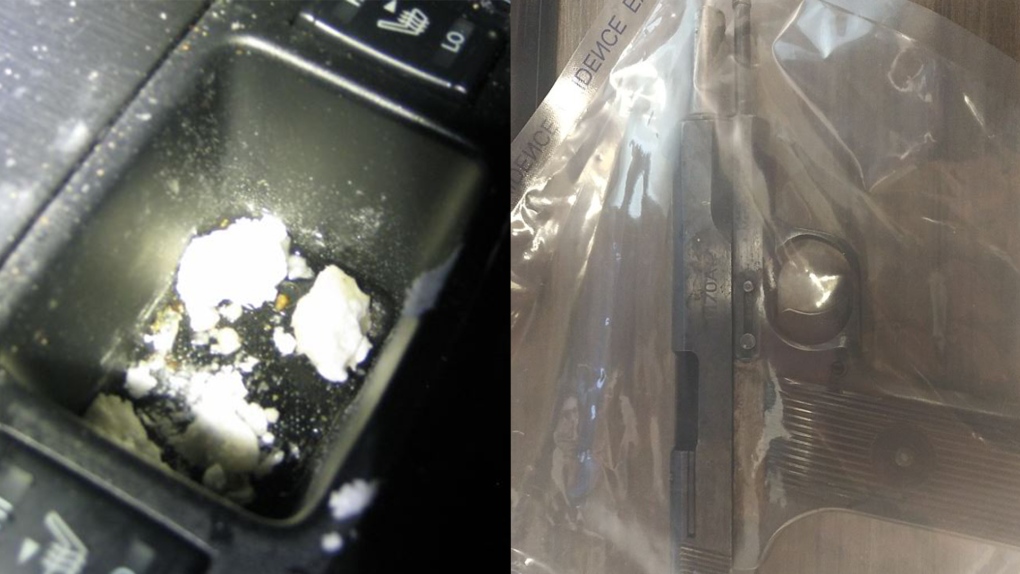 RCMP found a small amount of cocaine (left) and a 9 mm handgun (right) after searching a car that crashed. (Source: Manitoba RCMP)

WINNIPEG -- One man has been arrested after a car crash led RCMP officers to discover drugs and a gun in the vehicle.

On Feb. 9 around 2:10 a.m. officers were called to a single-vehicle crash on the north Perimeter Highway in the Rural Municipality of West St. Paul.

As officers were driving to the scene, they were informed the driver of the vehicle was allegedly threatening those who stopped to assist him.

When RCMP arrived, officers found the vehicle in the ditch and the driver was inside the vehicle.

Officers placed the driver under arrest for uttering threats.

Officers then searched the vehicle and found a small amount of cocaine and two bottles of an anabolic steroid.

A K-9 was also called in and officers were able to find a 9 mm handgun inside the vehicle.

Jeffrey William Frame, 40, of Lockport Man., was charged with possessing a prohibited firearm, possessing a weapon contrary to an order, possessing a firearm with a tampered serial number, uttering threats and possessing a controlled substance.

He remains in custody and RCMP continue to investigate the incident.

The charges against Frame have not been tested in court.