CIBC reports insolvencies rising for the first time since the recession 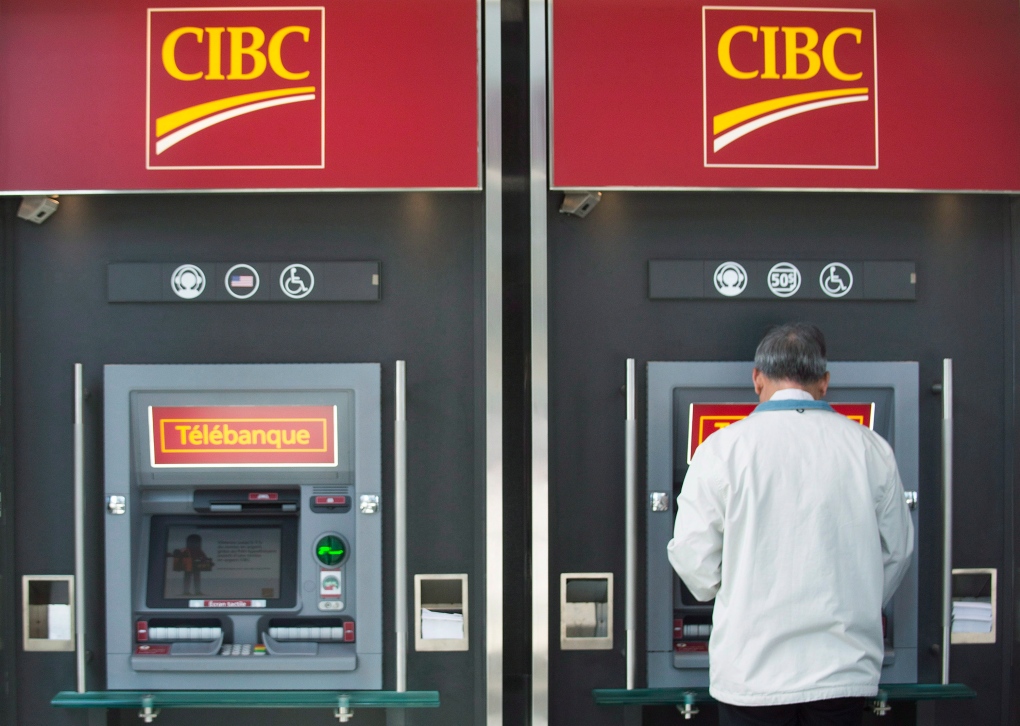 A man uses an ATM at a CIBC branch in Montreal, Thursday, April 24, 2014. The rate of insolvencies in Canada is on the rise for the first time since the recession, according to a report by the bank. (Graham Hughes/THE CANADIAN PRESS)

OTTAWA -- The number of Canadians who can't pay their debts and are being forced into insolvency is on the rise for the first time since the recession, according to a report by CIBC.

The bank says the cumulative number of insolvencies rose by 1.2 per cent in the six-month period ended in February.

The overall increase came as personal bankruptcies fell by 4.7 per cent. However the number of proposals, where consumers negotiate to repay only a portion of their debt, rose by no less than nine per cent.

The number of insolvencies in Manitoba and Saskatchewan rose by almost 11 per cent, while Alberta saw an increase of 6.5 per cent.

In contrast, the number of insolvencies in Ontario fell by almost seven per cent.

"Zooming in on the situation in Alberta, there are reasons to believe that the coming quarters will see continued deterioration," Tal wrote in the report.

Weak oil prices have prompted some of the industry's biggest names to cut capital spending plans for this year and reduce staff in order to lower costs.

For example, Trican Well Service announced last week that it would cut 2,000 people from its North American workforce, just the latest firm to make such a decision.

Tal noted the shift to proposals followed changes in 2008 that increased to $250,000 from $75,000 the limit of non-mortgage debt that can be considered under such arrangements, making the option more attractive than bankruptcy.

"The opposing trajectories of proposals and bankruptcies have led to a situation in which proposals now account for a record-high 50 per cent of total insolvencies," Tal said.

The Bank of Canada and others have suggested consumer debt is a key risk to the economy.

A prolonged period of low interest rates has helped boost household debt to record levels. Statistics Canada reported earlier this year that households in the fourth-quarter of last year owed about $1.63 in consumer credit, mortgage and non-mortgage loans for every dollar of disposable income.

However, data also suggests that while Canadian families are borrowing more, that increase has come against a backdrop of rising asset values, notably real estate worth.

Tal noted that if interest rates start to increase, the number of insolvencies could rise even further.

"Given the increased sensitivity of Canadian households to higher interest rates, it is reasonable to expect that, as opposed to previous cycles, the upcoming interest rate tightening cycle will lead to a moderate increase in the insolvency rate," Tal wrote.

The CIBC report noted that delinquency rates continue to trend downward in all major types of borrowing, with the exception of lines of credit, where the delinquency rate has been on the rise in recent years.

"This trajectory largely reflects transfer of risk from credit cards to lines of credit," Tal wrote.