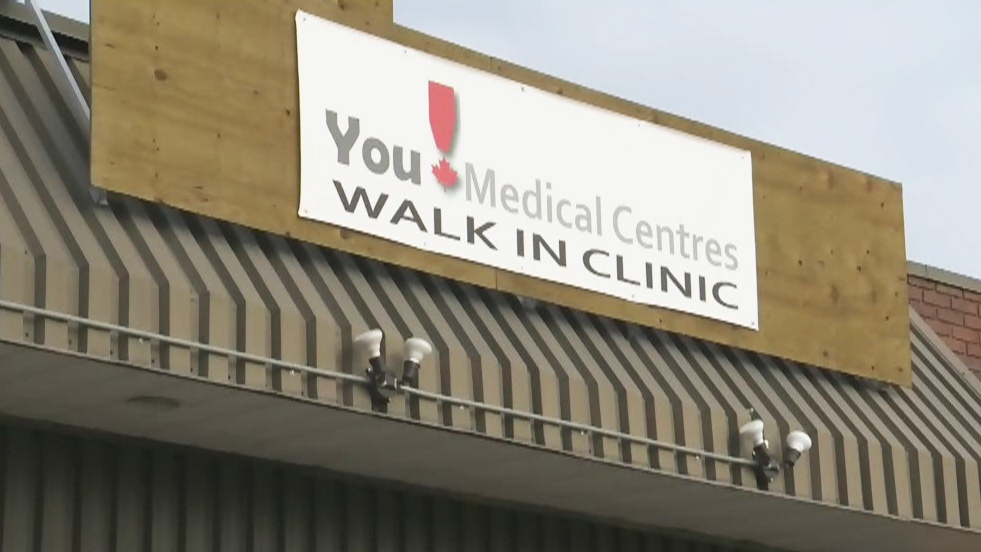 CTV file image of the walk-in clinic the doctor had been working at in 2017.

WINNIPEG -- A doctor who was working at a Winnipeg walk-in clinic when police announced charges against him has been found guilty of six counts of sexual assault and cleared of three.

The doctor, Amir Houshang Mazhariravesh, also known as known as Dr. Amir Ravesh, was charged with 11 counts of sexual assault and one count of obtaining sexual services for consideration. In total there were 11 complainants, two of whom didn’t testify in court.

“All of the allegations occur in the in the context of a doctor-patients relationship,” Justice Kenneth Champagne told the court.

Champagne has so far found him guilty in six of the sexual assault counts and not guilty in three. Two of the charges have been stayed. The doctor was also cleared of the obtaining sexual services for consideration charge.

The assaults he was found guilty of occurred while he was performing physical examinations on female patients, court heard.

In 2017, a number of alleged victims came forward to police after officers said a 19-year-old made a report after a visit to the walk-in clinic, alleging she had been sexually assaulted.

Champagne said the trial came down to the credibility and reliability of the evidence. He noted there’s no evidence to suggest the complainants engaged in collusion with one another, but said that media reports may have consciously or unconsciously tainted their recollections.

“I must and I will carefully scrutinize crucial evidence from the complainants and consider any circumstances which might affect its reliability,” he said.

Champagne said there were many difficult and complex issues to consider when coming to a verdict, as doctors’ abilities and bedside manners can vary.

He also said there’s no playbook to describe how sexual assault victims will react or should react, and court must not use stereotypes and myths.

The trial took place earlier this year. A date has not yet been set for sentencing, which is expected to take place after April 3.

-With files from CTV’s Megan Benedictson and Devon McKendrick