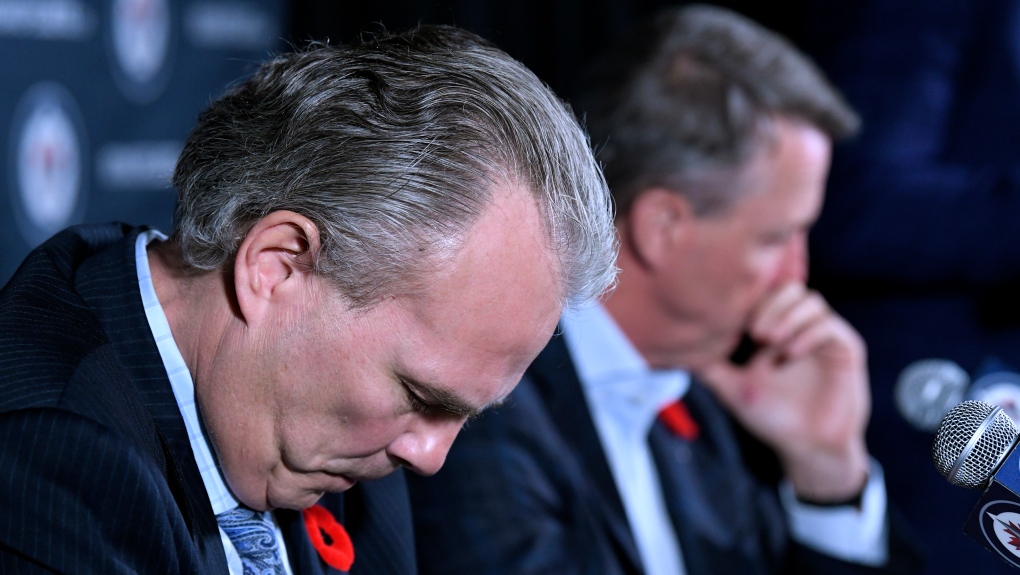 Both Cheveldayoff – who was an assistant general manager for the Blackhawks when the alleged assault occurred – and Chipman apologized on Tuesday to Kyle Beach, who was the John Doe listed in the investigation, for what he had to go through while with the Blackhawks.

The NHL determined that Cheveldayoff was not responsible for how the Blackhawks mishandled the sexual assault claim, saying he was not in a position of power to do anything.

CTV News spoke with Greg Gilhooly, a sexual assault survivor of a former hockey coach, and now a lawyer, about what he thought about what was said during the more than an hour-long news conference on Tuesday.

Gilhooly said it was wonderful to hear what the Jets will do going forward to address the issue of sexual abuse within the organization, but he noted not enough of the conference was focused on Kyle Beach.

"I don't think the press conference did Kevin Cheveldayoff any good and in fact, I think it really hurt him. I think Cheveldayoff came off as exceedingly defensive and unwilling to accept responsibility," said Gilhooly.

He added that Cheveldayoff had ample time before the entire investigation was started to notify the NHL that there was a meeting with top officials in the Blackhawks organization regarding the situation and even if he didn't know all the details, he could have been a leader by bringing what he knew forward beforehand.

Gilhooly also said it felt like it was a little too late for an apology from Cheveldayoff as he had chances before the news conference to do so.

Despite what he thought of the news conference and what was said, Gilhooly noted he is hopeful and optimistic that the Jets as an organization will follow through on their promises to educate on sexual abuse and do more to help those who have been victims.

"The Winnipeg Jets is a wonderful organization in the Winnipeg community. Its ownership group has the highest of reputations and Kevin Cheveldayoff, from all outward appearances and from everything I know, is just a fantastic human being," he said, "I think you've got a case of good people having maybe fallen down a bit in the past simply through lack of education and focus on the right thing. And look, we all make mistakes and we have to live in a world where you can make mistakes, and the fascinating thing is that on a go forward basis, you couldn't point us to a group of people more sensitive to these issues."

Sheldon Kennedy, who spoke with Cheveldayoff and Chipman before the media availability, said he thinks this situation has hit Cheveldayoff hard.

"I feel that there is a real commitment to getting it right and I think that these issues that we are talking about right now and the issues that are in front of us - inclusion, diversity, sexual assault, mental health - we need a high-profile organization and community to get it right," said Kennedy.

"I felt when I talked to Mark, his commitment as a team owner to get this right, not just in their organization but for organizations within that community and help drive change within the league, and I support that."

Kennedy said there is a chance for the Jets to be a pillar for not only Winnipeg and Manitoba, but for every organization throughout the country.

"We need to be able to work with an organization willing to tackle systemic change, and I felt both Mark and Chevy wanted to tackle that together."

He added he is going to hold the pair accountable and if he doesn't feel like they are living up to what they said, he will tell them about it.