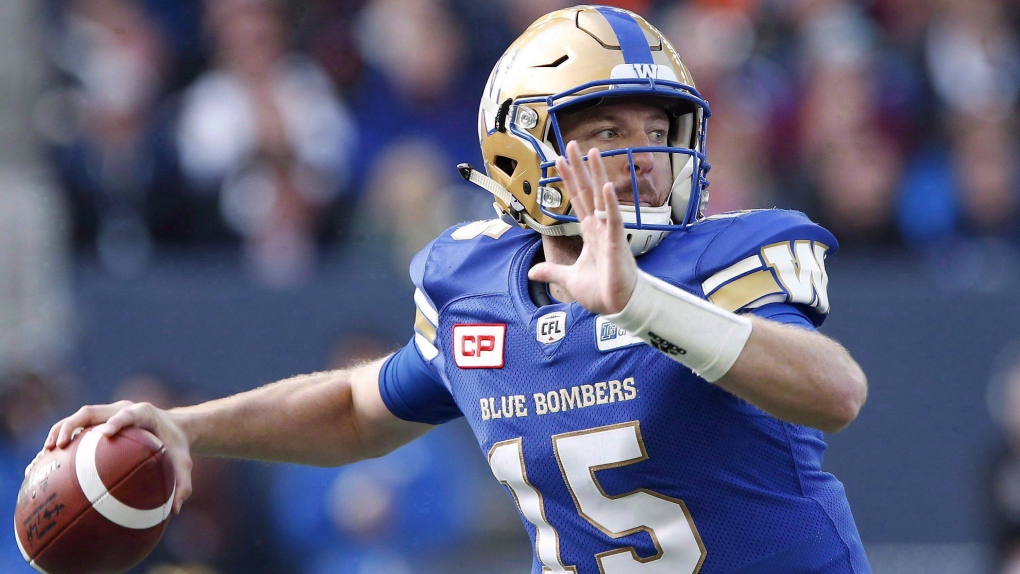 According to a CFL source, the veteran quarterback signed a three-year deal with the Toronto Argonauts on Thursday. The move comes after Nichols was released by the Winnipeg Blue Bombers on Jan. 28.

Nichols becomes the third quarterback on the Argos' roster. Sophomore Canadian Michael O'Conner was already under contract for the 2020 season while veteran McLeod Bethel-Thompson -- who started 13 games for Toronto last season -- signed a one-year contract extension this week.

Bethel-Thompson was scheduled to become a free agent Wednesday.

The six-foot-two, 211-pound Nichols spent five seasons with Winnipeg, going 40-24 as a starter. He led the Bombers to a 6-2 record before suffering a season-ending shoulder injury in a 32-16 home win over B.C. on Aug. 15.

Collaros became the starter late last season, going 4-0 and leading the Bombers past Hamilton 33-12 for their first Grey Cup title since 1990.

Collaros, 31, started 2019 as Saskatchewan's starter before suffering a concussion in its regular-season opener. With the emergence of Cody Fajardo, the Riders dealt Collaros to Toronto in July.

He never played a down with Toronto before heading to Winnipeg.

Over his four starts with Winnipeg, Collaros finished 67-of-97 passing (69.1 per cent) for 851 yards with four TDs and just one interception. He also didn't record a 300-yard passing game.

Three quarterbacks started games last season for Toronto. Bethel-Thompson had the most (4-9 record) with Franklin (0-4) and Dakota Prukop (0-1) being the others.

Despite his record, Bethel-Thompson led the CFL in TD passes (26) and 300-yard games (nine) and was third in yards (4,024). He also boasted a 68 per cent completion average with 13 interceptions in 493 pass attempts.

The expectation is Nichols, a native of Redding, Calif., and Bethel-Thompson, who hails from San Francisco, will compete for Toronto's starting job at training camp.

Nichols, 32, is entering his ninth CFL season. He began his career in Canada with Edmonton (2012, 2014-15) before signing as a free agent with Winnipeg.

This report by The Canadian Press was first published Feb. 6, 2020.