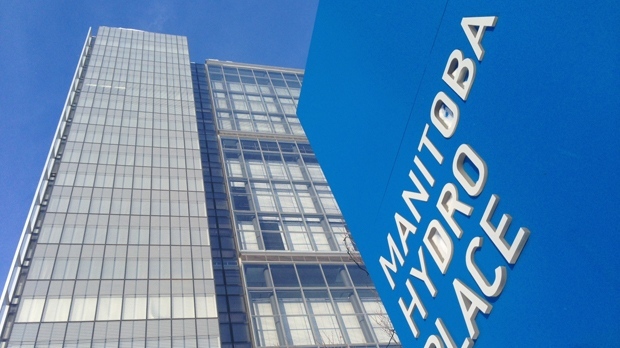 The chair of Crown-owned Manitoba Hydro says the province should use some revenue from its planned carbon tax to offset sharply rising electricity rates.

WINNIPEG -- The chair of Crown-owned Manitoba Hydro says the province should use some revenue from its planned carbon tax to offset sharply rising electricity rates.

The provincial utility is seeking annual rate hikes of eight per cent over the next few years to help it deal with ballooning costs from two new projects: the Keeyask generating station and the BiPole Three transmission line. Regulatory hearings on the application are scheduled to start Monday.

The proposed rate hikes are being opposed as unnecessary and unaffordable by groups including the Consumers Association of Canada.

Board chairman Sanford Riley said in a speech to the Manitoba Chambers of Commerce the province could help low-income earners and others deal with the rate hikes by diverting some of the $260 million a year it expects to collect from a carbon tax that will be enacted next year.

"My own view is that it would be entirely reasonable for the government to use this revenue to soften the blow for those who are most affected," Riley said Friday.

Riley said after the speech he did not have a specific dollar amount or method in mind for the aid. He said any financial help could go to a variety of people.

"I identified people who have energy poverty issues, identified people in rural areas who can't heat with gas and they've got to use electricity, and certain kinds of businesses and northern communities," he said.

"Those are the kinds of people you can develop programs for."

Manitoba's Progressive Conservative government has announced plans to enact a $25 per tonne carbon tax at some point next year. It would have a negligible impact on electricity rates, because most electricity in the province is hydro-generated and does not produce carbon.

It would add about five cents to a litre of gas and also apply to natural gas and coal.

The government has already said some form of energy-cost relief is among the many possible uses for revenue from the carbon tax. It has launched public consultations on its plan.

It has also floated other possible areas in which to spend the tax revenue, such as new investments in green technology and flood-fighting measures to deal with the effects of climate change.

"This certainly could be an option and we are looking forward to hearing what Manitobans have to say in this regard."