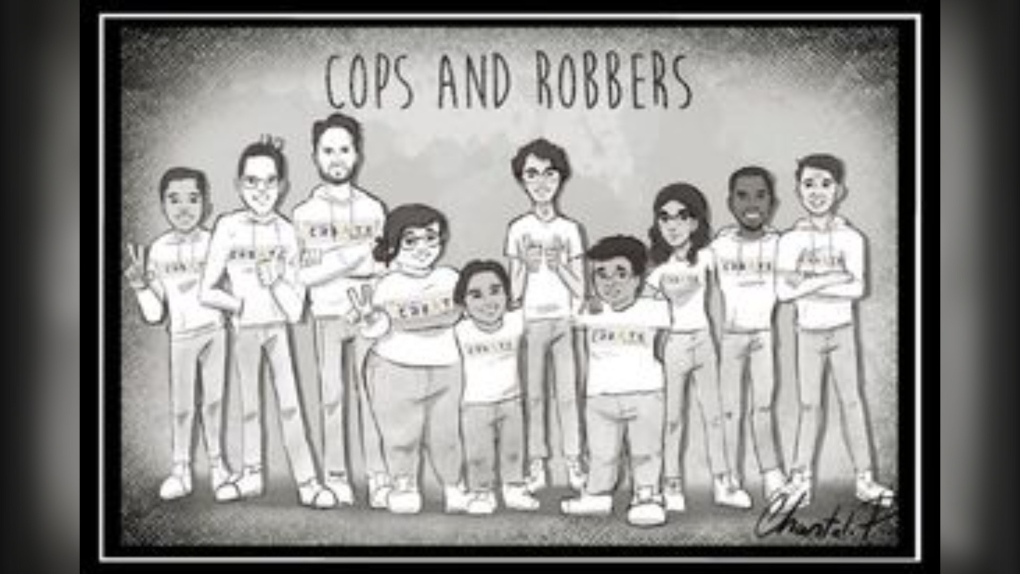 WINNIPEG -- Five former students from Sisler High School could potentially receive some hardware for the work they did on an animated short film that is on Netflix.

The students, who have all graduated from the high school and are part of the CREATE program, helped contribute animation to the film entitled, 'Cops and Robbers.'

The film started streaming on Netflix on Dec. 28 and Sisler High School says it could be up for Oscar consideration.

Anjali Sidhu, one of the students who worked on the film, said it is amazing that they could receive that kind of recognition.

"I don’t think it has processed to be completely honest," said Sidhu. "Keep in mind, me and the people I worked with, we're 19 barely 20, we are just out of high school. Of course going into this industry it is a possibility some of it could end up on Netflix, but the Oscars is like a whole other ballpark.

"Regardless of whether or not it gets nominated, it's insane that's it's even in the picture."

The film is based on a poem which was posted on Instagram by Broadway performer Timothy Ware-Hill in response to the killing of 25-year-old Ahmaud Arbery.

In a news release, Sisler High School said Arnon Manor, one of the directors of the short, saw the video and wanted to do more with it.

The film was a global collaboration and saw work from more than 30 international studios.

It was produced by Lawrence Bender, who has done work on Pulp Fiction and Good Will Hunting, with Jada Pinkett Smith as executive producer. It also features a song sung by Brittany Howard who is part of American blues rock band Alabama Shakes.

Sidhu said it was ‘really cool’ to do a project with people of that calibre.

"We didn't initially know that these big names were going to be attached. Even in the beginning it was exciting because we knew it was something important. I feel like adding those big names made it that much cooler."

Sidhu said she and the other students worked on one of five sections of the film. The section features a white woman and a Black woman walking down the street. The white woman doesn't acknowledge that the Black woman was waving at her.

Sidhu added that while it is a short timeframe in the film, a lot of work went into it.

"There's a lot of trial and error at the beginning," she said. "It was fun going through the process of it because we started with the concept art. So we had five or six different versions."

The CREATE program is run by Sisler High School and helps students "educational pathways to creative industries and hands-on experience in the media production industry," the school said in a release.