The Leica Scanstation is a forensic laser scanner able to pick up the tiniest of details and recreate collisions and crime scenes in 3D.

RCMP have eight scanners. The Winnipeg Police Service has one. Both agencies started using them two years ago.

The technology gives police a bird's eye or panoramic view of a crime long after the scene has been cleared.

"You can actually take an investigator, a jury or any person for that matter, into the actual scene itself and walk them through,” said Joel Salinas, a retired California police officer and scanner instructor who trains police agencies around the world on the technology.

The images the scanner picks up allow police to place new kinds of digital markers into the scene. Investigators can click through rooms or go back and look at a bullet hole up close.

It measures distances with an accuracy of up to three millimeters.

“It's much tighter and more precise than any other conventional method that we have ever used,” said Sgt. Brian Harder, a forensic identification specialist investigator with Manitoba RCMP.

Winnipeg police constable George Kullman showed CTV News how it works using a mock t-bone crash, where it's believed an impaired driver in a silver car slammed into a family in a black truck. 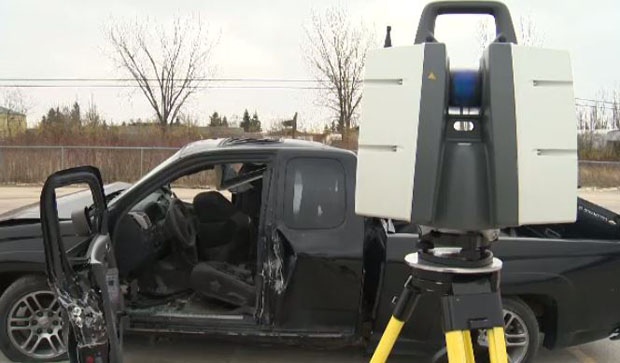 Kullman sets up the scanner on a tripod and moves it around the collision every eight minutes to capture different angles.

"I thought it was pretty cool,” said Kullman, who is Winnipeg police’s resident expert on the technology and a collision analyst with the traffic division. “It will scan a scene 360 degrees around, 390 degrees overhead, and at each station it takes 274 images."

When Kullman brings the data back to the station for analysis, he measures skid marks and discovers the silver car had been moving at 80 kilometers an hour. 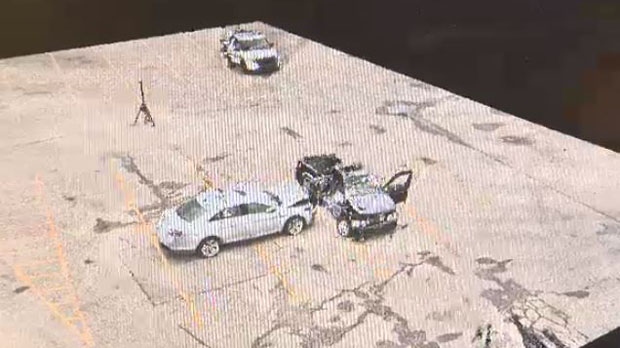 While police originally purchased the scanner to help gather evidence at traffic collisions, it’s being used more and more at scenes where violent crimes have taken place.

Winnipeg police and RCMP have used the technology in more than 130 investigations across the province, including possible hit and runs, officer-involved shootings and homicides.

The scanners haven't stopped police from taking photographs and measurements the more traditional way, but it can replicate a scene within a matter of hours, and fact check witness accounts.

Manitoba Justice says evidence produced from a scanner in one case was presented in court and deemed admissible.

"It certainly does and bolster our case in the credibility that we can present to the courts," said Sgt. Brian Harder, RCMP.

“It could be a game changer,” said Const. George Kullman, Winnipeg Police Service. “I can see a time where it will be used for every homicide certainly, and all of our serious and fatal collisions, and … serious assaults.”

It costs about $200,000 to buy and operate the scanners and train officers.

Winnipeg police purchased its scanner with money from the criminal property forfeiture fund, money collected from auctions of items seized through criminal investigations.

Manitoba RCMP said other police agencies in Canada have reached out for assistance because it has the high-tech scanners.