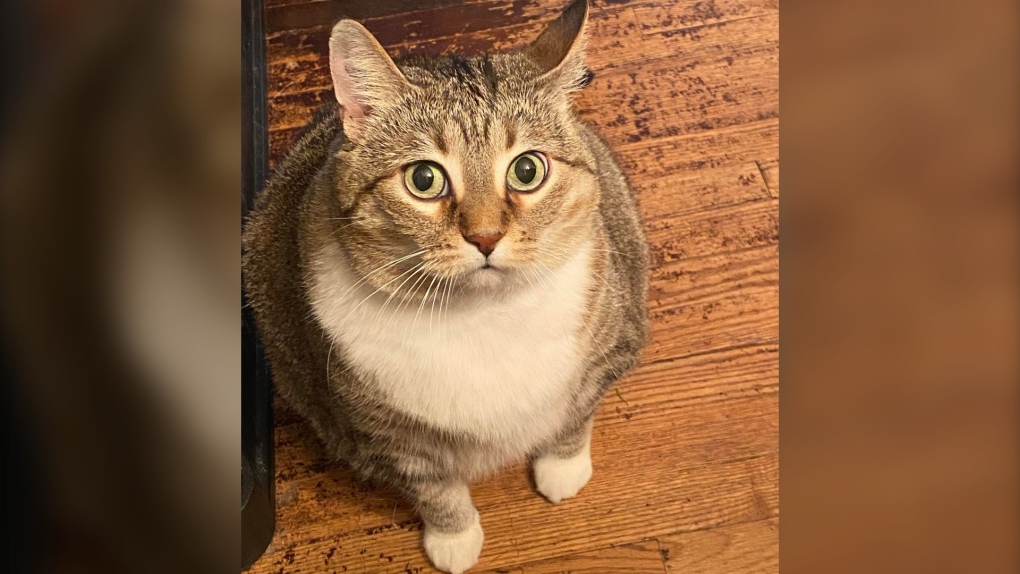 Shocked and surprised is how Michelle Bombay felt when she received a message from the Winnipeg Humane Society that they had found her cat Eva.

What blew her away was Eva had been missing for nine years.

When she received the message, Bombay was with her brother, niece and nephew, and they were all excited about the news.

She said she immediately drove down there with her brother and niece. When they arrived, there was one major difference in Eva compared to when she disappeared in 2013.

“The lady went to get her, we were shocked how much weight she gained, because she was small when she went missing,” said Bombay.

Bombay said Eva originally went missing after she snuck outside. Bombay made a Facebook post about her and would scour her neighbourhood calling Eva’s name with the hopes they would find her.

Bombay said she eventually forgot about the post and gave up hope that she would ever find her. 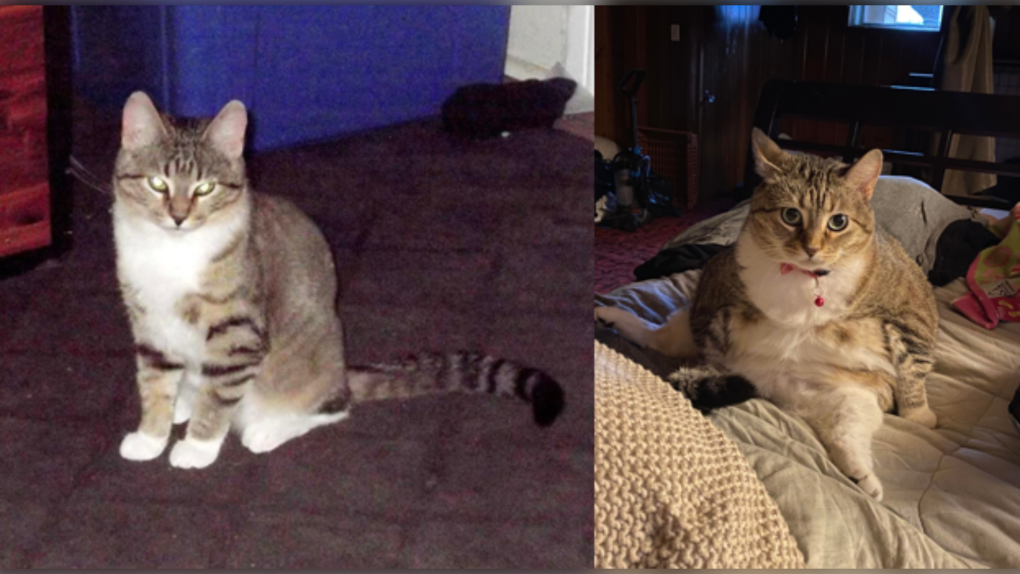 The before an after of Michelle Bombay's cat Eva. The left picture was Eva before she went missing nine years ago. The right photo is Eva back at home in 2022. (Source: Michelle Bombay)

Audrey Barnabe is the manager of intake and animal care at the Humane Society and said they were able to identify Eva’s owner through an ID tattoo. They were then able to find Bombay on Facebook and sent her a message.

“Sometimes when we find a tattoo and the cat’s been missing a while, people aren’t able or don’t want to take the animal back. But we were really, really happy we were able to track this person down on Facebook and she was thrilled to have the cat back after so many years,” said Barnabe.

Barnabe recommends that all pet owners make sure their animals have a microchip or tattoo ID as they provide the best chance of being able to be reunited.

She said someone brought Eva to the Humane Society saying she was found outside and they figured she was missing.

Barnabe said a situation like this is quite unusual.

“Months, even a year or two, isn’t super rare, but nine years is a really long time that a cat is missing. It’s extremely rare.”

Eva was quite healthy when she was dropped off Barnabe said and noted someone was obviously looking after her for a while because she was “well fed.”

Bombay said she is super thankful to whoever looked after Eva for all those years and also appreciates the people who brought her to the Humane Society.

Eva has been back home for around a month now and Bombay said she is fitting in nicely with her three other cats.

With a story like this, Barnabe said it shows the importance of always holding out hope when an animal goes missing and she reminds people to make sure their animal has a chip or tattoo.

If they go missing, people should create a Facebook post and also be in contact with the Humane Society so they can also be aware if the animal is brought to them.