A flurry of Manitobans are set to descend on the frozen Red River as Canada’s longest-running outdoor curling event makes its return.

The Ironman Outdoor Curling Bonspiel is a frigidly fun winter tradition going dating back 20 years in our province. During the first weekend in February, curlers gather on the frozen river to play Canada’s oldest game and vie for a trophy and plenty of bragging rights.

“We're very excited. We've seen such a great response so far. Everyone's excited to get back together, no restrictions. We're getting out on the ice and we're playing. We're having fun,” bonspiel committee member Lynne Roy told CTV Morning Live Winnipeg in an interview Tuesday.

Rocks are set to be thrown at this year’s event on the Red River at the Redboine Boat Club from Feb. 3 to 5. Teams can be mixed and can have three to six players. No curling experience is required, and players choose whether to compete in the family or the champions league.

“Most Canadians have either heard of curling or have tried it. In Manitoba, we have a rich history of curling,” said committee member Michael Thompson.

“So there are curlers everywhere. So I encourage you to step up and register your team this week.” 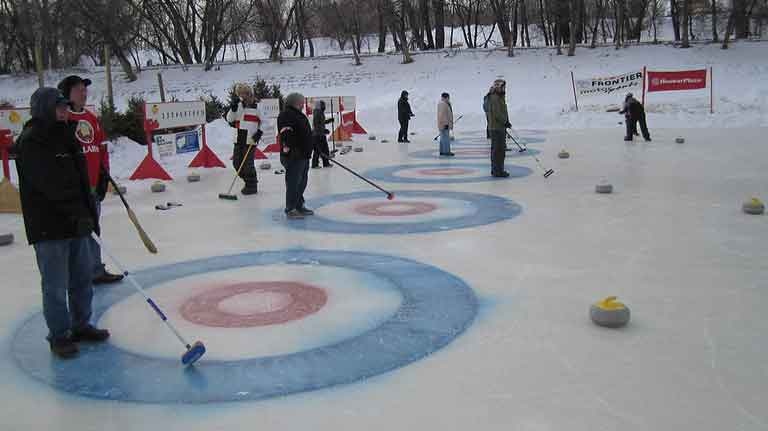 The event also serves as a fundraiser for the Heart and Stroke Foundation and HOPE Worldwide. Since its inception, the bonspiel has raised over $183,000 for local charities.

“We focus on getting volunteers across the country involved in using their skills, their compassion, their time to really help those who are struggling in their communities,” she said.

Amanda Nash with the Heart and Stroke Foundation notes the bonspiel is the longest-standing fundraiser in Manitoba for their organization.

This year’s event will honour a boy named Trent who has congenital heart disease. At just four years old, he has already had three heart surgeries.

“Congenital heart disease is a really important priority for the Heart and Stroke Foundation. We're working with key stakeholders across the country to work on building a national strategy that can look at improving outcomes for people who are living with congenital heart disease,” she said.

About 50 teams have signed up so far, but Roy said they have set a goal of enrolling 64 in total. Anyone looking to sign up must do so by Sunday on the bonspiel’s website.

“People just come here to enjoy the weather and to enjoy good times with friends and to play with no pressure,” Roy said.

“It's just really a fun event.”

- With files from CTV's Joseph Bernacki