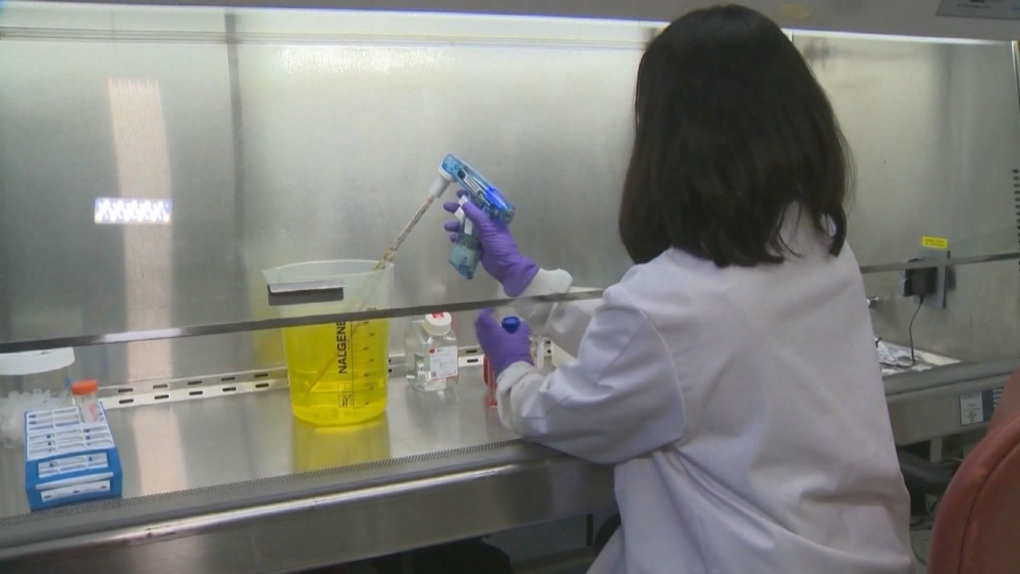 WINNIPEG -- Manitoba is looking into the steps involved in discovering and confirming COVID-19 variant cases in the province, after 18 days passed between the initial positive test to when the case of the B117 variant, which was first observed in the United Kingdom, was reported to the public.

The traveller arrived in Winnipeg on January 19th.

The province said in the bulletin reporting the case that on January 22, the initial test results from the traveller were received and the sample was sent to the National Microbiology Laboratory for DNA sequencing.

A spokesperson for the National Microbiology Lab told CTV News that it didn’t receive the sample until February 4. Two of the four days the sample was processed on fell on a weekend, and the results were known on February 8. The variant case was reported to the public on Feb. 9.

"Just like any of our ongoing quality improvement that we do continually, we'll look at all those factors," said Dr. Roussin.

Roussin also said the province has since added the ability to screen for variants of concern at Cadham Provincial Lab, and the initial goal is to have that process complete within 48 hours of receiving a sample.

University of Manitoba biological sciences professor Jeffrey Marcus said in his experience, genetic sequencing can take six days to two weeks – depending on if the samples need to be transported to a different lab.

He said would expect better when dealing with a highly contagious virus.

"You would expect that everybody would be particularly diligent and do everything that they can to remove all the delays from the system," Marcus said.

However, Marcus’ greater concern is the province isn't tapping to the expertise and equipment available on university and college campuses to scale up the screening and sequencing abilities.

"It’s unfortunate, we have this sort of war on COVID and we are not treating it like a war,” he said. “We are not marshalling all (of) our resources we have available to achieve our goals."

A part of this pattern, he said, is the 18 days it took to screen, sequence and report the first B117 variant case in the province. He said nothing involved with sequencing genetic material should take that long.

He also said Cadham Lab and the National Microbiology Lab are less than one block apart, so transport should not be a big issue.

"Which leads me to believe it was sitting in a freezer for about a week," he said.

Right now in Manitoba, about five per cent of screened samples are being sequenced for the three known variants of concern and the province is planning to do more.

When asked if the province would partner with universities or colleges, Roussin said that the Canadian COVID-19 Genomic Network has been up and running for quite some time.

“It is at par with any place in the world with the sequencing it does,” Roussin explained. “It's a collaboration throughout the world, so the province has that expertise, and that expertise has been utilized."

Roussin also noted the traveller in this first B117 case was returning from international travel.

“They had to isolate for 10 days,” he said. “And so that was done, it was done appropriately in this case, and we haven't seen secondary transmission of it."

Roussin said all of the close contacts for the case have since been tested twice; none have come back positive.