Manitoba man wins $5M lottery jackpot, says it will be shared with family 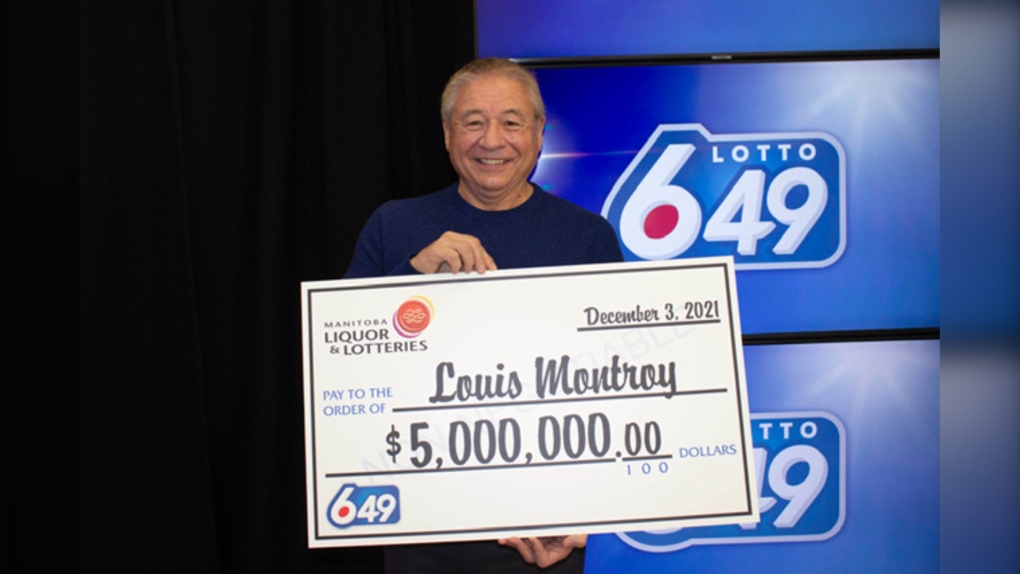 One Brandon, Man., man is the lucky winner of a $5 million LOTTO 6/49 jackpot, which he says he will share with his family.

Louis Montroy won the $5 million prize from the Nov. 24 draw by matching all six of the main prize numbers.

“I’m going to make sure my kids are taken care of,” he said in a Monday news release from the Western Canadian Lottery Corporation (WCLC) and Manitoba Liquor and Lotteries.

“I want to help them out with whatever they need. After that, I have no idea what I’m going to do!”

Montroy, who bought his winning ticket at the Canadian Tire Gas Bar on 18th Street in Brandon, said it took him a bit of time to realize how much money he’d won.

He then went home and checked his numbers a few more times on the WCLC website with his wife.

“When I was at the store I tried to stay as quiet as possible. But when I was at home, I just wanted to scream out in celebration,” Montroy said.

“I checked the numbers again and again, and almost fell out of my chair every time. I kept saying, ‘Man, oh man! I can’t believe this!’”

Montroy joins some other big winners in Manitoba this year, including a Winnipeg family that shared a $60 million prize; a resident in Fraserwood who won $27.5 million; and a Wasagamack local who won $20 million.

Spotify is removing the discography of Canadian rocker Neil Young after he demanded it be taken off the platform over concerns with its connection to vaccine misinformation and comedian Joe Rogan’s podcast.